Welcome along to the spring edition of Anglers Update. There’s a lot to update you on so without further ado, let’s kick off with a look at the health benefits of going fishing.

The old image of fishing being a sedentary sport, with a worm at one end and a fool at the other, are rapidly disappearing. It also used to be thought that angling offered marginal health benefits, but that is proving to be another myth. In reality, fishing can burn calories, strengthen muscle tone, improve overall fitness as well as boosting mental health in a number of ways. Here are seven reasons why fishing is good for you.

Paul Breslin has recently been appointment as first point of contact on any fisheries and angling related matters for clubs in the North West, North East, Manchester & Pennines and North Wales & Borders waterways. Read Paul’s blog to find out what makes him tick. 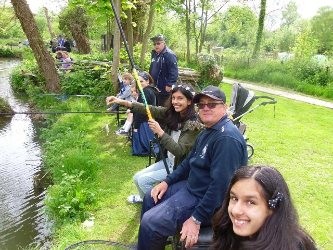 For the first time the Trust are teaming up with National Fishing Month during July and August to host a series of taster sessions for potential new and lapsed anglers on our waterways. Should your club be interested in putting on a National Fishing Month event please get in touch with us by emailing us at fisheriesenquiries@canalrivertrust.org.uk.

Even though the rivers are now closed for the traditional coarse fishing close season until 16 June, you can still carry on fishing as most of the canal network and stillwaters remain open. Find out which canals are closed and which remain open for fishing.

Catch of the month competition 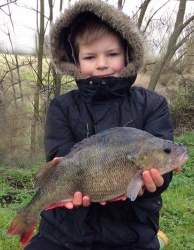 The Trust recently launched its ‘catch of the month’ slot on the Facebook Canal & River Trust angling page. The inaugural winner in February was Matthew Perring, in March it was Callum Anderson with a 3lb perch followed by Marc Hill in April with a 3lb 6oz perch. Both are from the Luton Angling Club section of the Grand Union Canal who have the honour of appearing as the cover photo on the Canal & River Trust’s angling Facebook page. Don’t forget to Like the page to automatically receive updates of how and when to enter for the month of May and beyond.

Following the success of our greatest angler who learnt to fish on the canal series, the Trust are currently running a new series detailing achievements of a dozen or so stalwarts. Voting is now taking place online until midnight on 18 May. Who will you vote for? Follow the link to see all the contenders.

A few weeks ago, the Trust re-launched its weekly match results column on the fishing pages of the website. Steve & Lynn Cope are doing the honours and are keen to receive match results from Canal & Angling Trust club customers whether the contest is on the canal, river or a stillwater. You can contact them either by email steve.cope@hotmail.com or telephone 01922 640247. Check out the latest results and reports. 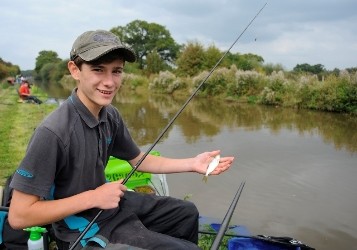 This year’s event will be held on the Staffs & Worcester Canal in the Penkridge area on Saturday 29 October. The event is open to young people from the ages of 10 to 16 inclusive. All youngsters taking part must be accompanied by a responsible adult. Entrance is free, but hurry if you're interested in applying as places are filling fast. See the full details and an application form.

From Scotland to Surrey and Goldstone to Gloucester, there’s a qualifier to choose from somewhere near you. Tickets are selling fast so get your skates on. 75 pairs of anglers will be lining up on the day of the Grand Final. Will you be amongst the elite who make the starting grid on the big day? Find out more about the Canal Pairs Championships 2016.