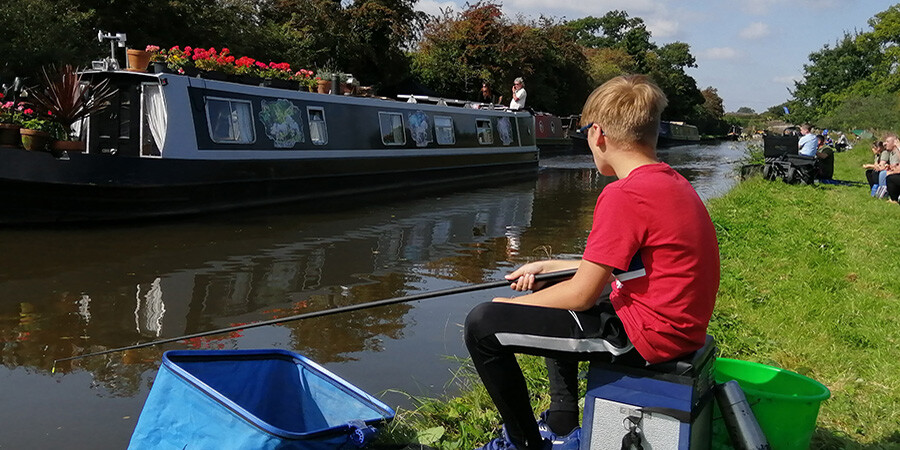 The rules applicable to the National Celebration of Young People and Fishing will apply to this event, except that the 3 metre rule will apply for the first thirty minutes of the event in the Junior and Cadet sections rather than the 90 minutes that applied on the September event.

In the event of significantly inclement weather the event organisers reserve the right to reduce the length of the competition by a minimum of 30 minutes.

The draw for pegs will take place live on the Canal & River Trust Angling Facebook page at approximately 5:30pm on Thursday 28 October. Ideally, nominated team captains should be available remotely to select their teams draw envelope but don’t worry if you can’t make it. The peg details will also be emailed to participants later that evening. Within each of the three age categories, one team member will be allocated to each section.

This will take place at Cheswardine Parish Hall, Podmore Road TF9 2RS from around 4:15pm Food and refreshments will be available from approx. 3:15pm.

Toilet facilities be available at bridge 51, bridge 53 and at the Cheswardine Parish Hall.