Reports on angling matches from the week ending 18 June 2016.

Typical early season patchy results prevailed on the Engine Pool at Earlswood Lakes in Solihull, West Midlands during Saturday’s Angling Trust & Canal & River Trust Stillwater Championship 2016 Qualifier. The Engine Pool is a carp lake and sport proved difficult for many on the A, B and C Sections which produced only up to three fish for some and just a single fish for others. E Section returned the top three weights with Karl Conley (Foster’s) easing to victory with 102-11-0 to book his place in the Final at Boddington Reservoir on 7th August. Joining him will be runner-up Charlie Simpson (Miracle Baits) who weighed in 74-9-0. Less than 2lb shy came Dave Perry (Willows) with a level 73-0-0. A special mention must go to Alan Chadbone who also qualified for the final, fresh from helping the disabled England Team to the bronze position on the Czech River Labe. Other qualifiers are Maurice Williams, Dave Usher, Chris Cameron, Trevor Wyse, Jamie Hughes, Chris Hill and Phil Baird. Some familiar names in there, well done to all! 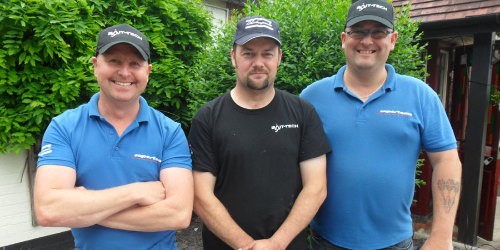 Browning Mixed’s Andy Swift made it two on the bounce when he topped Saturday’s fourth and final round of the 30-entry Barford AS Teams of Three Summer League held on the Grand Union Canal in Knowle, Solihull, West Midlands. Drawn on peg 26, two pegs past the oak tree, Andy chose a pole-fished red maggot attack to bank an unbeatable 12-0-0 of skimmers and bream to 2lb. Fourth in round three, Jason Cunningham (Shakespeare Superteam/Bait-Tech) upped his game to take second at peg 17 on the overflow where he poled red maggot and worm for 7-12-4 of skimmers to 1lb, leaving Jason Evans (Browning West Midlands) in third with 6-8-0 from peg 25. Andy’s win aided Browning Mixed to the team spoils on the day with 5 points but Shakespeare Superteam/Bait-Tech who had led the way from the off could not be overcome and topped the league overall on 37 points. Browning Lifestyle finished league second on 56.

A great week’s sport was enjoyed by the 55 anglers at the Edenderry June 2016 Festivals on the Grand Canal in County Offaly, Ireland which encompassed two tournaments. The three day event ran through Monday, Wednesday and Friday. The two day festival was held on Tuesday and Thursday. Mostly small rudd and roach with the odd bonus bream and tench were caught and the most attractive bait for the main frame weights was hemp. Alan Larkin topped the two day competition with 24-13-0, edging Paul Hughes into second with 23-4-0, ahead of Gareth Charnock’s 12-13-0. There was everything to play for going into the last day of the three day contest on Friday and Liverpool angling legend Jeff Stirrat came out on top with 32-14-0, a deserved winner as Jeff has been a supporter of the festival for more than 20 years. Gareth Charnock secured second with 27-2-0 and Derek Wane took festival third on 26-0-0. Over €11,000 was paid out over the week which is a phenomenal amount for canal festivals. Geoff Quinn and all the team wish to thank all of their sponsors and a special mention goes to Foy’s of Main Street, Edenderry.

Ian leads the way on a difficult Erewash

Round one of the Long Eaton Federation Summer League didn’t get off to a very promising start on Saturday. The match was held on the Erewash Canal in Dockholme, Derbyshire where apart from the top three in the frame, the rest only managed around 1lb. The poor sport did nothing to display that the venue has recovered from the pollution of a few years ago even though this short pound has been targeted by the Canal & River Trust for restocking. Drawn on a peg opposite the allotments, Ian Sharratt (Long Eaton Fed.) found himself among the bream and managed to bag four slabs on poled worm plus a few smaller fish for an unbeatable 15-4-0. Team-mate Will Sully followed on the neighbouring peg with a trio of smaller bream and a solitary perch for 8-12-0, ahead of Acer Cooper (Matlock AC) who on the next peg along, scaled 3-0-0 for third with predominantly perch.

Mel makes it two in a row on the Staffs & Worcs

In-form Wednesfield rod, Mel Wood (Four Ashes AC) celebrated back-to-back wins when he took the honours for the second consecutive week at the Thursday evening Goodyear AC Open, this week held on the Golf Course Section of the Staffs & Worcs Canal in Coven, Staffordshire. Mel just grasped the glory by three ounces when he tipped 4-3-0 of gudgeon, roach and small perch onto the scales at peg 2, all attracted on pole-fished pinkie and caster. It was déjà-vu for Digger Conway (Armitage) too, who had to settle for second once again, this time with 4-0-0 exact of small pinkie and squatt-enticed mixed silvers from peg 7, leaving Bruce Birch (Four Ashes AC) in third with bits to the same baits and 2-9-9 from next peg 8.

Terry shines in the shade on the Shroppy

Seasoned all-rounder Terry Blyde (Lazy Hill) found he was the only one pegged in the shade at Wednesday’s baking hot Wolverhampton Over 60’s Club Open held on the Shropshire Union Canal in Wheaton Aston, Staffordshire. Pole-fishing caster off end peg 19, Terry commanded the field with a 9-2-0 top catch, consisting of a chub of over 2lb, backed up by perch and roach. Skimmer and roach nets followed with Telford’s Ray Bates taking second on peg 12 with a bread and squatt-tempted 4-4-10, ahead of Dave Holbrook (Brownhills) who had his 3-15-12 on bread, squatt and pinkie at peg 18, next to the winner.

Storm clouds scudded across the Birmingham & Fazeley Canal in Curdworth, Warwickshire during Sunday’s Stirrup Cup Open and the anglers endured torrential rain for most of the event. Aptly named, Terry Fisher (Coleshill & District AA) trounced his rivals on peg 12, where he poled fluoro pinkie through a small hole in the weed and caught steadily from the whistle. Terry netted 13-7-0 of bream to 1½lb alongside roach, rudd, perch and gudgeon. Over 10lb adrift came Steve Harris (ZLT Angling Products) with 3-0-7 from L Section peg 1, most of which was a welcome 3lb bream caught on big maggot, fifteen minutes before the end plus bits to poled squatt. Stirrup Cup’s own Alan Newman also had a bonus 2lb+ bream late on together with small mixed silvers, all to poled squatt for 2-4-10 at L Section peg 2.

Chris just edges it on the Walsall Canal

Less than one pound decided the outcome at Saturday’s Sportsman AC Open on the Ocker Hill length of the Walsall Canal in Tipton, West Midlands. Sportsman AC’s Chris Taylor clinched the win on peg 11 with 6-0-4 of skimmers to poled maggot. Team-mate Gary Atkins was hot on his heels with 5-15-0 of caster-tempted skimmers from peg 3, edging Barry Williams (Bilston Angling Centre) into third with a couple of bream, caught on poled maggot for 5-5-8 at end peg 1.

Caster attack pays off for Paul at Brewood

The Mobile Homes Section of the Shropshire Union Canal in Brewood, Staffordshire saw Wolves AA VDE skipper Paul Turner claim the winner’s purse at Saturday’s Wolverhampton AA Open on peg 1 with a 12-9-0 net of roach, perch and skimmers which all fell to his favoured pole-fished caster approach. Armitage’s Digger Conway ran him close with 12-0-13 of hemp-roach from peg 8, ahead of Barry Jones (Goodyear AC) who netted 10-0-3 of roach, perch and skimmers, all captured on poled red maggot at peg 3.

Caster also does the trick for Steve at Awbridge 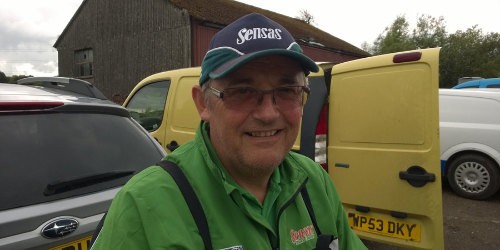 The Staffs & Worcs Canal above the lock at Awbridge in Staffordshire was alive with chublets during Sunday’s Wolverhampton AA Open. The 25-strong field had to suffer continual rain throughout nevertheless Calf Heath-based company director Steve Dudley (Sensas Black Country) engineered a fine win on peg 17 where he pole-fished double and single caster to good effect to return 15-7-8 of chublets to 12oz. Paul Turner (Wolves AA VDE) was in the frame again, finishing in second with 10-7-0 of mainly chublets with a few roach and perch, to single caster at peg 12, pipping Paul Dobing (Browning Lifestyle) into third on peg 19, where he had a comparable quarry plus a 1½lb chub, all on poled worm and caster for 10-6-6.

Dave’s king of the Dudley No.1 Canal

It was back to winning ways for Brierley Hill’s Dave Sheaf (Canal Kings) when he led the way at Saturday’s Woodside AA Open on the prolific Link 51 Section of the Dudley No.1 Canal in Merry Hill, Dudley, West Midlands. Pole-fishing squatt, pinkie and maggot over squatt and groundbait, Dave slid a hearty 16-0-0 into his keepnet, consisting of half a dozen bream around the 1½lb mark plus a plethora of smaller skimmers. A trio of similar-sized bream plus a couple of decent perch, bolstered by lots of mixed small silvers gained Sedgley’s Gary Ward second place on peg 16 where he fed chopped worm and caster with worm, maggot and pinkie on the hook for 11-7-8, ahead of Mark Traves (Sensas Strike) who bagged another three bream of around the same stamp plus a 1lb roach and half a dozen perch to 12oz, all gathered on poled worm over caster, alongside lots of gudgeon caught on his top kit with pinkie over groundbait for 9-7-4 from peg 20.

Broughton bream for Andy on the Aylesbury Arm

Although it was thundery, hot and muggy at the Tuesday evening Tring Anglers bout on the Aylesbury Arm of the Grand Union Canal in Broughton, Buckinghamshire the fish were still feeding and Andy Allday made the grade once more after winning the previous Sunday’s match on the Broughton up from Lock 14 length. This time on the Broughton down from Lock 14 stretch, Andy brought 9-8-8 of red maggot-tempted bream and skimmers to the scalesman. Steve Lathwell followed with a similar catch for 7-10-0, leaving Dave Wollington in third with 3-10-0 of skimmers and roach.

Blackfords’ own Ian Davies finished head and shoulders above the rest at Saturday’s Blackfords Progressive Open on Kingswood Lake in Cannock, Staffordshire. Drawn on peg 2, Ian fished the conventional feeder with expander pellets for an excellent 36-10-0 top catch of bream to 3lb. Chris Brown (JCB) followed with like-fish, snared on the Method feeder with expanders for 18-4-0 from peg 9. On adjacent peg 10, Steve Preece (M&S Joinery) secured third with a 14-15-0 net of roach, skimmers and perch, which fell to slider tactics with maggot and caster over groundbait.

CRT’s Carl notches up a victory on Dimmingsdale Reservoir

The frame weights at Saturday’s Canal & River Trust AC match on Dimmingsdale Reservoir in Lower Penn, Staffordshire were made up of mostly skimmers and crucians caught on the pole at 10 metres, alternating pellet and red maggot presented over groundbait. First home on peg 8 was Canal & River Trust Fisheries and Angling Manager Carl Nicholls who won by a clear margin with 37-12-0. Next came Gerald Mullis with 22-14-0 from peg 2 and a family tie occurred for the third spot when father Ant Gill and son Carl Gill scaled 19-4-0 apiece.