Anyone can get out and go nature spotting - even Canal & River Trust staff. On a routine site visit to check on the condition of a hedge, some invasive pennywort and an ongoing minor pollution incident, here’s what we spotted in a half hour walk at Horbury Basin on the Calder & Hebble.

Our first sightings were common waterway birds - a majestic swan sleeping on the towpath (who was a little bit disgruntled that we woke him up) and a grey heron sat in the shade of a tree. You might’ve seen that we’ve been talking a lot about herons in the media recently as part of our Great Nature Watch, so it was good to see they are still using our beautiful waterways. 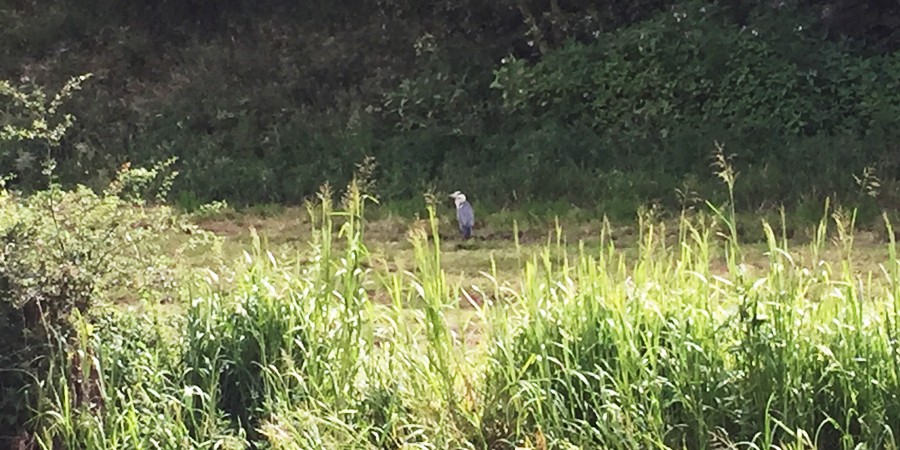 Bolstered by our initial sightings, we were very impressed to see a goldfinch at Figure of Three Locks (less impressed by the pennyworth though).

In addition to spotting things by looking up, we cast our eyes to the towpath and saw this prickly character - a peacock caterpillar. So long as it wasn’t squashed by unsuspecting towpath traffic, this would eventually turn into a beautiful peacock butterfly with blue and red wings. The other side of the canal, we watched a grey wagtail bobbing along with its easy to spot undulating flight.

Another ten minutes back along to Horbury Basin and we spotted a bullfinch (confirming that our previous spotting was indeed a goldfinch). The hedgerow along here is fairly continuous (although not laid, and quite tall), and seems like it’s quite popular with wildlife.

Feeling very enthusiastic about everything we’d seen so far, we then cast our eyes to the plants along the towpath. Easily overlooked on a nature spotting trip when there’s other things to see, we spotted quite a few common foxgloves (and I learned their latin name- digitalis purpurea), plenty of ferns, mugwort, hawthorns, brambles and cleavers. 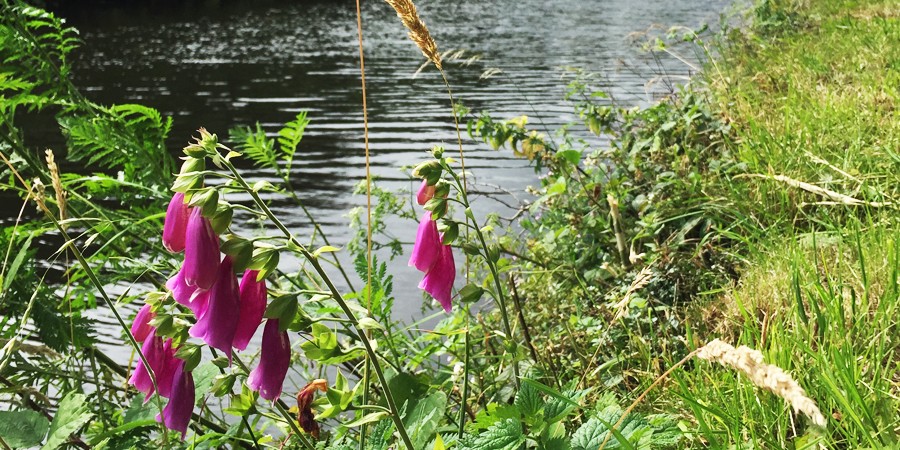 Not far from the basin, I almost stood on a spotted wood butterfly sunning itself between showers (despite the sun and rain together, we didn’t spot a rainbow), and disturbed a kestrel which flew off into a tree on the other side of the canal. Its red wings were easy to spot, and with the binoculars we’d taken along to inspect the pennywort, we could see the black smudges under and around its eyes.

So grab those raincoats (it is British summertime after all) and get out there, who knows what you might see!

Take a trip to your local canal, river, reservoir or lake and record what you see there. It’s a fun activity to do with the family and will help us to monitor and protect the wide variety of precious wildlife that the waterways are home to.