Welcome to the first Boaters' Update of 2016. Leading with our newly launched flood appeal, this edition also focuses on your response to last year's article on mooring properly as well as Glasson Dock. Enjoy!

Happy New Year! I had hoped to start my first edition of 2016 solely with words of excited anticipation about the year ahead. Alas, Mother Nature has forced me to temper my exuberance.

As some boaters are painfully aware, last December was horribly wet. It wasn’t just the wettest December on record, it was the wettest month ever recorded in the UK. While water is the lifeblood of our canals and rivers, too much can have a devastating effect. More on this, and our appeal below.

I did say ‘temper’ my exuberance because, thankfully, the damage is restricted to a relatively small percentage of the network. Elsewhere it’s business as usual.

So, other articles appearing in this edition are:

Now that the rain has stopped falling and water levels receded, the effect of the flooding over the festive period has been mostly revealed.

Staff have been out inspecting bridges, embankments and wash walls, assessing the damage and putting together plans for repair - we hope to 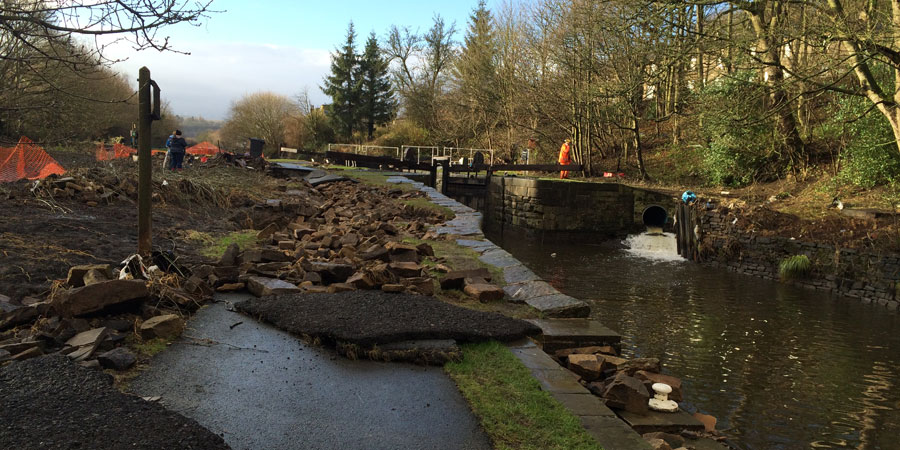 give more detail on this programme before the end of January.

The damage varies from one canal to another and we’re hopeful that some sections of could be reopened in a matter of weeks. Unfortunately, where significant engineering works are needed, are more likely to be closed for several months.

As well as getting everything in place for repairs and rebuilds, the clean-up operation has also swung into action. Staff, contractors and volunteers have been busy clearing debris, washing down towpaths and cleaning moorings where we can get to them.

We’re particularly grateful to all the volunteers who have given their time to help their local waterways to recover. There’s considerable damage and disruption to a few parts of the northern section of the network but, undaunted, volunteers have generously offered their time and support.

So, now that the true extent of the damage caused to our network by the Christmas storms is becoming clearer, we are exploring all funding sources, including Government grants, to help us with the clean-up.

To support this, yesterday we launched a fundraising appeal to raise much needed funds vital for re-building the waterways and communities that have been impacted.

To find out more about the appeal please click on the box below. Also, please share this appeal as far and wide as you can so we can raise as much awareness (and money!) as possible.

Please visit the page, donate if you can, but just as importantly, please share the page on social media as far and wide as you can. Thanks.

You may remember that, in the early December edition of Boaters’ Update, boater Nick Roberts gave us his views on mooring properly.

In the intervening month or so many of you have been in touch with your opinion of Nick’s article. Plenty of detailed responses were sent in, far too many to reproduce them all here, so I’ve tried to pull the essence of the responses out into the list below.

You can read all of the responses, in full, in this PDF (194kb). Do have a read as there are a couple of excellent explanations as to what is actually meant by ‘backwash’, ‘wash’ and why exactly your boat may cause others to move on their moorings.

As you can see from the list above, and the responses in full, it’s all quite reminiscent of the 2010 televised election debate – ‘I agree with Nick’.

One correspondent disagreed on the grounds that it’s simply not possible to guarantee a boat will be securely moored if the bank is too soft to allow it. A few others made the same comment while agreeing with the principles set out by Nick.

Another felt that passing at tick over, especially on busy waterways, would result in no steerage way and it would take between one and two hours to pass a half-mile string of permanent moorings. As well as this, the phrase ‘tick over’ was suggested to be unhelpful and unrealistic – any suggestions for a better alternative?

So, in summary, most said Nick was right – if you moor your boat properly, as explained in the original article, then the speed of passing boats is far less important (although no-one is encouraged to cruise past at full chat… ever).

The caveat raised by some was that the only time you need to be extra vigilant, and perhaps slow to tick over long before reaching it, is when the moored boat you’re approaching looks to be secured against a soft bank.

What other boating topics would you like to see discussed? Please drop me a line with your thoughts. Thanks.

Glasson Dock: where the sea, estuary, canal and history come together

Last autumn a series of articles, penned by our very own heritage advisors, featured in Boaters’ Update. Their brief was simple – tell us your favourite historical building or canal-related fitting and why you’ve chosen it.

I’m very pleased to say that the series restarts in this edition with Audrey O’Connor sharing her choice, Glasson Dock:

‘I can’t exactly recall the first time I visited Glasson, an historic 18th Century Dock but it would have certainly been in the summer of 2012.  I had just started to cover the North West for the Heritage Team in the same year. But it had me on first sight. Big sky, gentle sea, bobbing boats, a distant horizon and most of all, a peacefulness. A place where 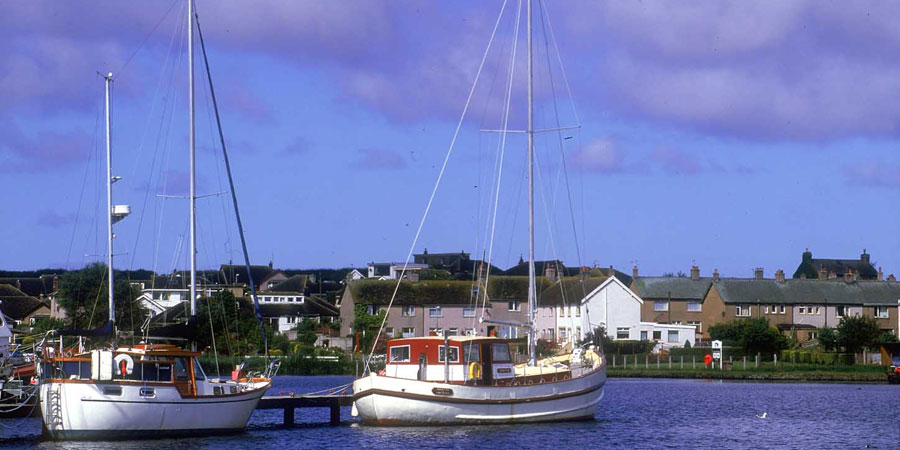 you could take a breather! I did this along with leather clad bikers and chipper ramblers, sipping tea and filling up with a bacon sandwich from the static caravan parked up in front of the marina

‘Glasson Dock developed as a settlement on the bank of the Lune Estuary during the 18th and 19th centuries. At this stage the combination of silting of the river corridor, along with the increasing size of ships meant that navigation up the river to Lancaster was becoming increasingly difficult.

‘Therefore in 1779 the Lancaster Port Commission decided to build a dock at Glasson. The Port Commission purchased land in 1780, and completed the dock in 1787 under the supervision of Thomas Morris.

‘Further expansion occurred in the early 19th century when the docks were connected by a branch to the Lancaster Canal. The canal terminates in a substantial canal basin, which is connected to the Dock by way of a lock. The site has interest for a number of reasons as it retains much of its historic mechanism and structure; it’s also a comparatively unspoiled and rare example of a 18th and 19th century commercial dock.

‘We manage the lock and it is designated as a Scheduled Ancient Monument.  This means that it is a structure of national importance and must be retained for future generations so they can enjoy it like we do today. It has it all as far as I’m concerned, a place where the sea, estuary, canal and history come together. Definitely worth a visit.