Damian Kemp, our resident Boaters' Update editor, takes us back to where it all began - the first two Crick Boat Shows 2000 and 2001.

As the hype, unfounded as it turned out to be, around the millennium bug died away and the world didn’t grind to a halt, we all got on with business as normal. Well, I say normal, we did buy enough copies of Bille Piper’s ‘Day & Night’ song (presumably on CD – do you remember them?) to send it to number one in the charts during the Crick weekend.

It was also the year in which the Queen Mother celebrated her 100th birthday, Ken Livingstone was elected Mayor of London and Big Brother was launched. Oh, in case you’re wondering, we mostly went to see Mission: Impossible 2 at the cinema.

Suiting us to a Tees 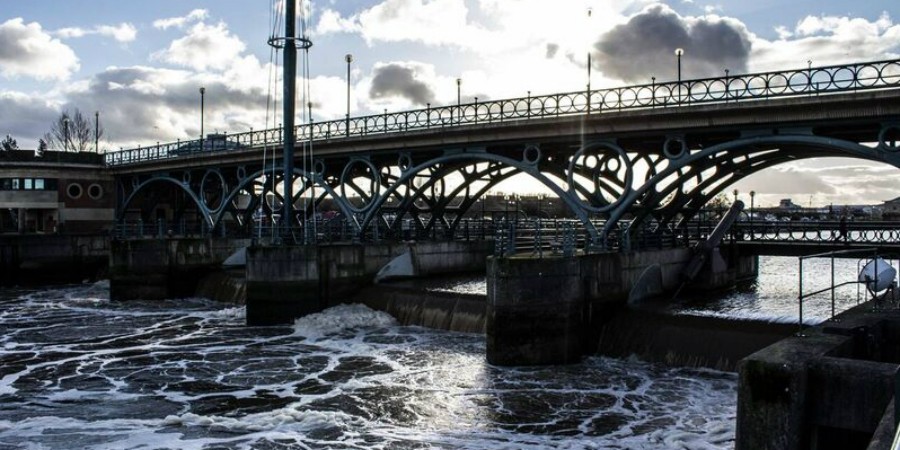 On the waterways, our predecessor, British Waterways (BW) took over the Tees Barrage, was digging ‘cut and cover’ style through Sellers Engineering works as it pressed ahead with the restoration of the Huddersfield Narrow Canal and, pleasingly, the appeal to restore Anderton Boat Lift was nearing its target.

So, how did the first show fare? Well, little did the planners of the first show know that 2000 would turn out to be one of the wettest years on record. It didn’t stop them from making a real go of it amid the mud and rain – reportedly digging drainage trenches after a Saturday night deluge (it really was that wet!) The dismal weather didn’t keep away too many visitors either – around 13,500 people turned out to see ‘hundreds of exhibits for the boating enthusiast’.

The fabulous Eden Project, in Cornwall, opened its doors for the first time this year. As did the England football team dressing room to Sven Goran Eriksson. One door which had the same people going through it was the big black one in Downing Street as we voted in Tony Blair’s Labour government for another term. If you were boating, or driving, to Crick Boat Show with the radio on, it’s likely that chart topper ‘It’s raining men’, by Geri Halliwell, was playing in the background while the kids nagged you to take them to the year’s biggest film ‘Harry Potter & the Philosophers Stone’.

The year on the waterways started in a somewhat subdued fashion – foot and mouth disease, first detected in February, led to many towpath closures which gradually reopened with control measures put in place to limit the spread. On the upside, the still relatively young BW website offered a novel, and highly popular, automatic update system, to notify people when stretches reopened, which appears to have led to today’s stoppage notification system.

Then the sun came out

Thankfully the second show at Crick was able to go ahead. Just as pleasing was the weather, with barely a drop falling over the weekend. A new site layout, tons of boats and exhibitors made for a successful show with BW’s then show director Simon Ainley concluding that: ‘Last year it was Braunston Boat Show at Crick, this year it’s Crick Boat Show’.

In the meantime, did you know that advance tickets are now on sale for this year’s show? You’ll save up to 15% on the entry price for the event, which takes place at Crick Marina, near Daventry in Northamptonshire, during 25-27 May, with an extra trade and preview day to be held on Friday 24 May, in association with LeeSan.

Thanks go to Waterways World for its help in providing archive material for research for this series of stories.