Escape to the country

Licence support advisor Debbi Figueiredo swapped dreaming about boating for actual boating. On her longest cruise for 15 years she was on a mission to cruise waterways that she’s not cruised before. Here’s the second instalment of the journey.

After a week of commuting to work from different locations along the canal, and missing out on the fun boating bits in between, I was itching to leave the office at the end of the working week and escape to the countryside.

The original plan had been to meet at Newbold-on-Avon after catching a train to Rugby. Unfortunately, my partner cruised on through the tunnel, and I had much fun trying to explain to a taxi driver who didn't want to use his Sat-Nav, how to get to Falls Bridge when I've never been there by road before!

Overshooting Newbold turned out to be a happy mistake. Despite having started the day’s cruise at Long Buckby Top Lock, the thought of being miles from a pub on a Friday night on the first proper night of our boating holiday spurred us on to continue along the delightfully rural and lock free north Oxford canal to Hawkesbury Junction.

The junction is also known as Sutton Stop after the first family of lock-keepers at the junction of the Oxford and Coventry canals, and is famous for the Greyhound Inn. The Greyhound provided not just food and beer to working boaters in the past, but stabling, fodder for the horses and donkeys, groceries and chandlery. It's well worth visiting historic Hawkesbury and trying to image the bustling canal scene of the past.

Ahead of the game plan

We started my first full day of holiday ahead of the game on our original cruise plan, and set off bright and early northwards up the Coventry canal. If you know where to look there are intriguing reminders of the canal’s past. One of the major cargos through this area was coal and stone from the many collieries and quarries. The remains of the arm to the Griff colliery is easy to spot, but others less so as nature has softened and changed the landscape. 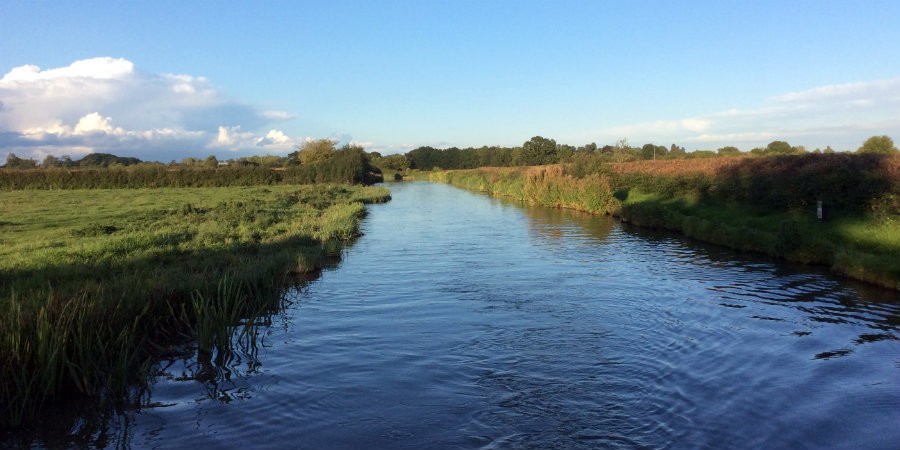 Escape to the countryside of the North Oxford canal

We soon reached the top of the Atherstone flight of eleven locks where I met my first volunteer lock keeper. He was very helpful and friendly and sped us through the top lock. There’s a welcome station and a handy book exchange by the top lock if you are bored of your reading material on board. The top few locks of the flight have been transformed since my last visit with a wonderful display of flowers cared for by the volunteers.

By the end of the flight I was beginning to realise just how out of shape I’d become sitting the office for months. I really must go boating more often! We finally called it a day at Hopwas having decided that Fradley was just that bit too far. There are good visitor moorings at Hopwas with rings and a choice of two pubs. Feeling rather tired from my first whole day of boating we decided to treat ourselves to a meal out and very good it was too! I slept very well that night.

Next time it's onwards to Great Haywood and beyond.