This latest edition covers your feedback on the correct cruising speed, news about the Chesterfield Canal, our winter works programme and an article suggesting the Coventry Canal as a place to cruise next year.

Welcome to the latest edition. Two weeks ago as we were enjoying glorious weather, I was encouraging you to get out and enjoy our wonderful waterways. Now, as this rollercoaster of a year continues, we’re at the end of a week that’s seen two unwelcome storms, Ellen and Francis, batter parts of the country. Thankfully, the worst has passed as we head into the Bank Holiday weekend.

Regardless of the conditions outside, many of you have taken the time to get in touch in response to the article on cruising speed in the last edition and we start this Boaters’ Update with a summary of your feedback.

You’ll also find articles on the Chesterfield Canal, an overview of our finalised plans for this year’s winter stoppage programme and we turn our thoughts to potential boating destinations for 2021.

And finally, don’t forget that as per the Government’s instructions, some areas have localised lockdowns in place. You can find out how this affects boating on our website.

If there’s something you’d like to see featured in a future edition, please get in touch.

Well you didn’t disappoint! Thanks to everyone who took the time to send in their thoughts on this subject in response to the article in the last edition. 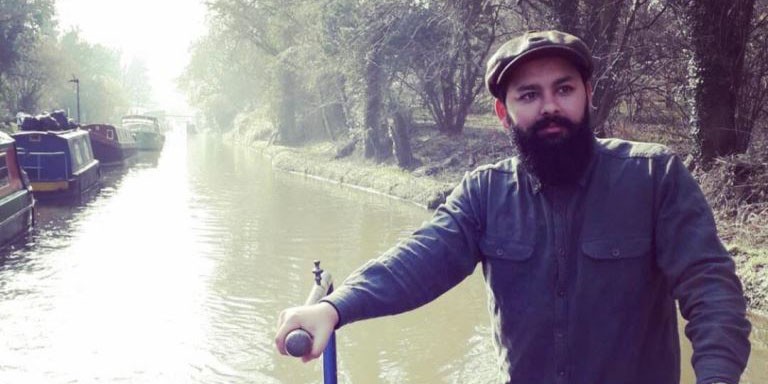 As some of you acknowledged, this isn’t a subject that all boaters agree on. That said, there were some prominent themes to come out of the 14 pages of responses:

Please note that it’s acknowledged that ‘tickover’ isn’t a measurement of speed – this will be influenced by many other additional factors – but is used here to relate to the principle of dropping to ‘tickover’.

“Wash and disturbance should be judged on an individual basis and not just on the fact that a boat is moving past at all.”

“On quite a few occasions I have thought that a passing boat was going too fast but actually it had little effect on my moored boat so tickover speed was unnecessary, just a reasonable reduction from normal cruising speed was obviously fine.”

“If you are travelling on tick over you cannot cause problems.”

“Drop to tick over 20 metres ahead of moored boats.” 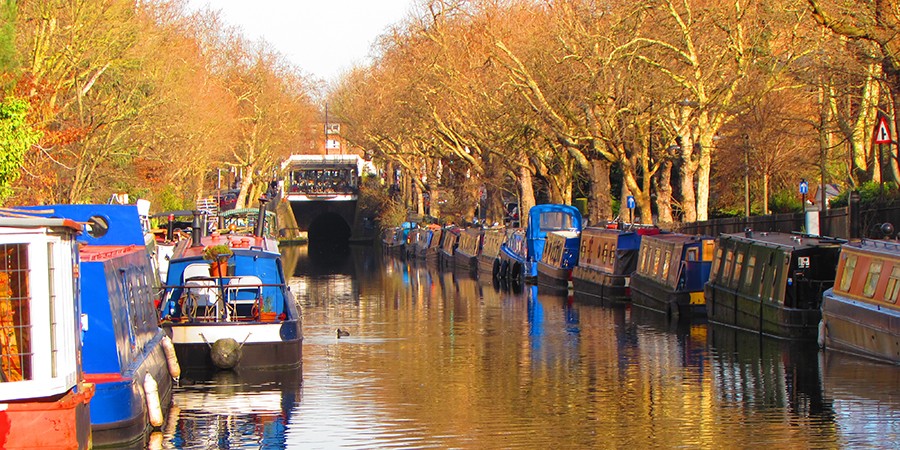 “I find if you are cruising and you see moored boats a fair way ahead drop the throttle right down for a few seconds, this takes the power out of the bow wave and you can cause less hassle.”

“The most important thing is to have respect and care for other people and their boats and then we can all enjoy the waterways.”

“I agree whole-heartedly with the comment that hire-boaters are rarely the worst offenders.” 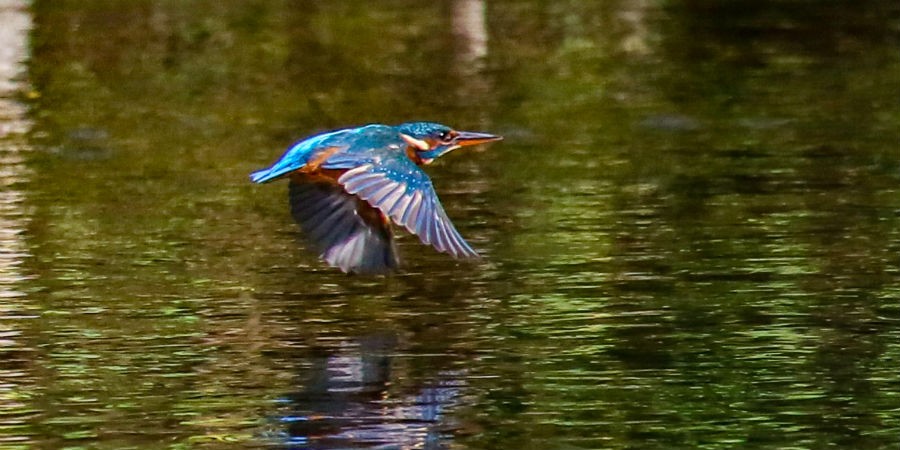 “It's not about getting a ring done it's about living at a slow pace, looking for the blue flash of a kingfisher ahead, trying to pass that heron without it taking flight…”

“In my opinion the thing about boating is escaping the rat race, slowing the pace of living, and enjoying the surroundings.”

So there you have it, a mixed bag of sometimes contradictory responses! Do get in touch if you have any views on the responses above but, before you do, here’s two final quotes giving advice:

“I was told by the gentleman who taught me how to use the canal system to always pass a moored boat as though they are cooking chips in an old-style chip pan.”

“I teach powerboat driving and the way I explain it is to imagine that there is someone on the moored boat just making a cup of tea with boiling water.”

As you’ll know, each winter, when fewer boats are cruising our waterways, we carry out essential repairs and maintenance. In many cases we need to close the waterway completely, and sometimes the towpath too. 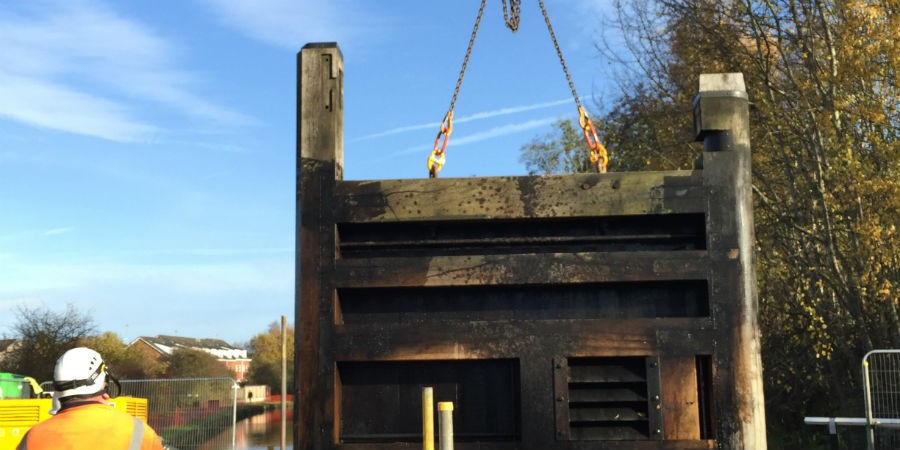 Before we begin we always consult, you our boaters, to make sure these stoppages cause as little disruption as possible. Thank you to all those who commented on our draft winter 2020/21 programme. This has now been finalised and you can see the individual stoppages in the main search facility on our stoppages page - simply enter the dates you’re planning to cruise this winter and on which navigation and click search – you’ll then have a list of any that may affect your plans! A full list, as a PDF, is also available for downloading.

A particularly notable stoppage will be found on the Kennet & Avon Canal from November 2020 to March 2021 (From Bridge 109, Wootton Rivers Farm Bridge, to Lock 67, Little Bedwyn, Kennet & Avon Canal) where a huge range of works, from repairs to the inlet chamber, silt removal and maintenance of the pumps at Wootton Pumping Station through to removal and replacement of the pipework and electrics which run under the canal (which requires open-cut excavation of the canal bed) at Crofton Pumping Station.

Over the coming editions we’ll be taking a closer at some of the other big projects you’ll see happening over the winter.

Please remember that all planned stoppages are subject to change, depending on the latest advice from the Government regarding the coronavirus pandemic. We will update the notices to reflect any such changes.

As someone who’s out on, or by, the water more often than most, you’ll know that there are times when we need to fix things that unexpectedly break. So, below, you’ll find a list of anything that’s happening that may affect you if you’re planning on a cruise this weekend:

When any restrictions to navigation happen, we get them up on to our website as soon as we can – always best to have a scan before you set off for a cruise. The tech savvy among you may already know that you can set up your smartphone to notify you if a notice is issued for a canal or river that you’re interested in. For those that didn’t know, check out this guide to setting it up.

If you have any questions about a specific closure then just get in touch.

As this year’s boating continues to return to normal you may have started to rue the missed months unable to boat due to lockdown. This may also mean that you’re starting to think about next year’s plans  - hopefully far more settled and predictable than this year.

With this in mind, over the next few editions, I’ll be highlighting canals or rivers that come with added significance in 2021. But first, 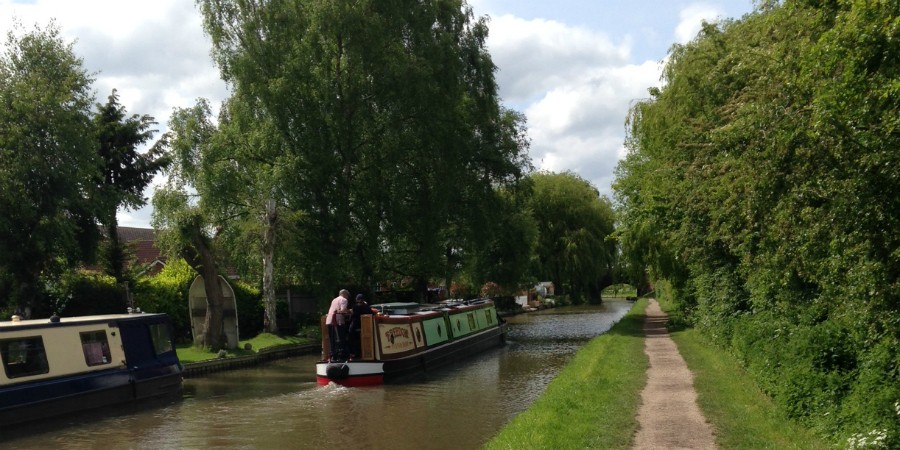 did you know that the UK City of Culture is a competition run by the Department for Digital, Culture, Media and Sport?

Every four years, cities compete to be awarded the prestigious title of the UK’s City of Culture. Previously Derry/Londonderry, in 2013, and Hull, in 2017, have won but did you know that next year it’s Coventry with the events programme starting in May 2021?

The city’s canal was constructed to connect the rapidly expanding city of Coventry with the Trent & Mersey Canal. This way, its promoters hoped to exploit the potential of the Warwickshire coalfields, shipping fuel both north (via the Trent & Mersey) and south (via the Oxford Canal).

Its construction period took more than 20 years and the whole line eventually opened in 1790. Nonetheless, it was a profitable venture that still paid a dividend right up to 1947, the year before the canals were taken under the Government's wing. 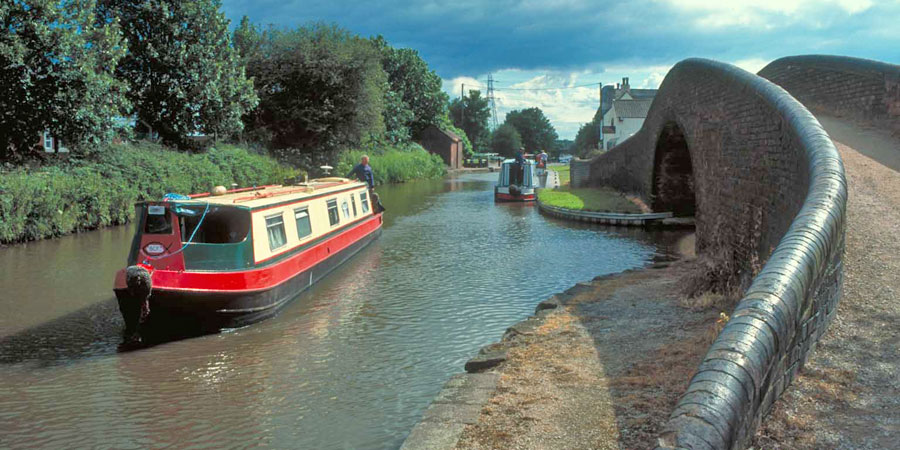 Commercial traffic north of Nuneaton continued until the 1960s and has now been replaced by increasing volumes of pleasure boats. The line terminates a short walk from the cathedral at a basin that has itself undergone much improvement in recent years.

For about a mile south of Hawkesbury Junction, the old route of the Oxford Canal can be seen running parallel. This was the ludicrous result of a disagreement between the rival companies, which was only resolved when the connection was cut at Hawkesbury. The resulting sharp turn from one canal into the other can present something of a challenge to navigators of longer craft.

The present junction is also known as Sutton Stop, after the family of the same name who once lived in the attendant cottage and perhaps it might be one of your stops next year?!

Please get in touch if you’d like your favourite canal or river featured in a forthcoming edition.

Due to water shortages, we are unfortunately having to restrict navigation movements along a six mile stretch of the Chesterfield Canal from September 1st until further notice. 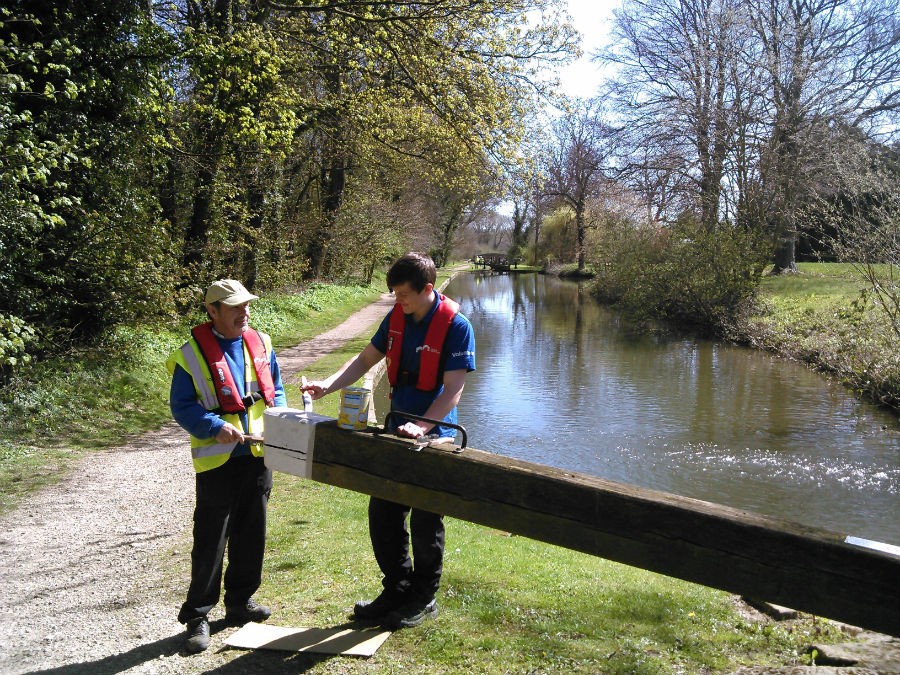 Enabling boats to cruise unimpeded during the most popular boating months has been possible up until now. However, despite the hard work and continued efforts of our operational and water management teams, we have taken the decision to restrict navigation along part of the canal due to concerns over water levels. There are three contributing factors:

By restricting the use of the six mile section between Lock 42 and the summit at Norwood Tunnel, we hope to keep the rest of the canal running as normal.

We continue to monitor water levels and will get the entire canal back open as soon as we can after enough rainfall.

Many boaters go the extra mile in helping to keep canals and rivers in good condition by volunteering (when coronavirus permits),  donating, or just picking up the odd piece of discarded litter. In whatever form your volunteering takes place we’d like to take the opportunity to say thank you. Your support helps make life better by water.