Welcome to the latest edition that covers the now regular links to the latest coronavirus updates from the Government as well as news of our winter stoppage programme and how, in particular, it will affect the Walsall Canal, our latest campaign to get cyclists to slow down and boating through tunnels just to name a few!

Welcome to the latest edition. No doubt you would have seen or heard that the prime minister addressed the nation to announce new measures to control the increasing spread of the coronavirus.

Whilst the new measures, such as the mandatory closing of pubs at 10pm, don’t directly impact boating, it goes without saying that before going to visit your boat, or out for a cruise, you should make sure you’re up to date with the latest instructions, including which areas are under local lockdown. There’s also the new NHS contact tracing app now ready to download. Please note that slightly different rules apply in Wales.

While the coronavirus rightly dominates the front pages, there’s still socially distanced boating to be done and, of course, waterway topics to discuss. In this edition it includes our new campaign to promote considerate use of the towpath (and a survey we’d like you to take part in), news about the Walsall Canal, a final roundup of your thoughts on cruising speed and one boater’s cautionary tale of an encounter with dazzling lights in a tunnel.

Finally, don’t forget that winter moorings go on sale on 1 October from 6am on a first come, first serve, basis

If there’s something you’d like to see featured in a future edition, please get in touch.

Stay kind and slow down

We’ve launched a campaign, which due to social distancing is mainly online, appealing to cyclists to take it easy and slow down.  During the pandemic, in many urban areas we’ve seen increases in visitor numbers to towpaths, which is a great thing, but it makes considerate use of the towpaths more important than ever.

Canals and rivers played a really important role during spring and summer when more stringent lockdown measures were in force and, unable to travel further afield, some discovered for the first time that they had a wonderful place to visit right on their doorstep. We want people to continue to visit, including cyclists, but with this new campaign we’re asking them to be considerate to boaters, and others, using the towpath.

The appeal of cycling on a towpath will be obvious to boaters who regularly visit or live on these ‘green corridors’ and cyclists will find that it’s 44 times safer than cycling on a road – Department for Transport figures report 5,272 casualties in Great Britain for every billion miles cycled on the road compared to 120 for every billion on Trust towpaths. The fact remains, though, that if you’re on foot on the towpath or working the locks then you have priority over cyclists and we’re asking cyclists that, if they want to go fast, then they need to choose an alternative route to the towpath. This video, being shared online and targeted at cyclists living near our network, sets out the broad aims and reasoning:

The campaign isn’t entirely digital though, we’re also trialling, on the Leeds & Liverpool, new towpath interventions such as floor markings and speed inhibitors and we are reviewing our Better Towpaths for Everyone policy.

As a boater you’ll already know that, every winter, when it’s a bit quieter out on the cut, we carry out some of the larger scale projects that keep the waterways open for boaters. This year it’s a £45.1 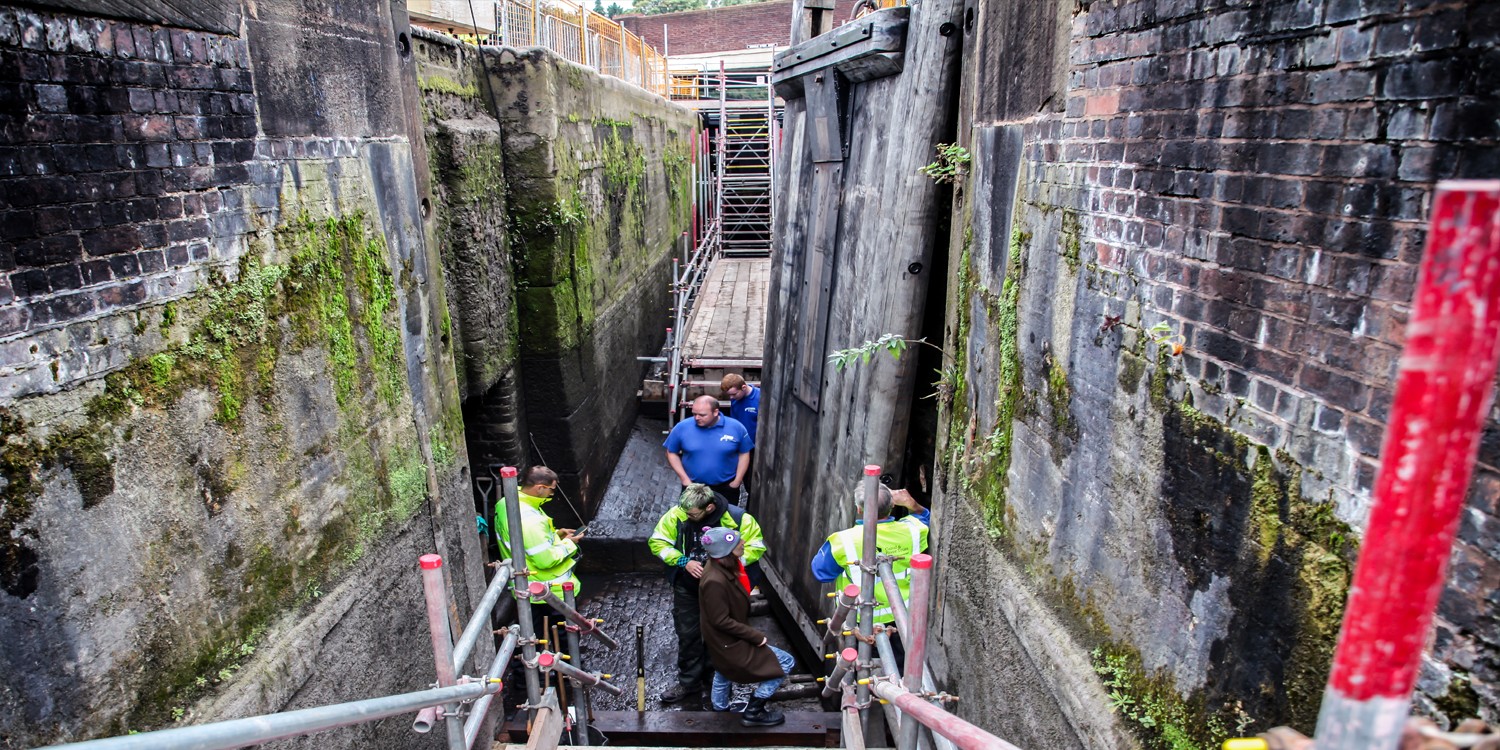 million programme, replacing lock gates, dredging to ensure the water is deep enough for boats, and carrying out a host of tasks to keep the 200-year old network open and help ensure its resilience to climate change.

Despite forecasting a reduction of income of around 10% (£20 million) due to the pandemic, we’ve been able to prioritise spending to maintain a full winter works programme of 128 large-scale repairs across 50 canal and river navigations.

If you regularly boat, or plan to travel through, England’s second city, Birmingham, this winter you’ll see some of the works and need to especially account for those associated with the much anticipated Wednesbury to Brierley Hill Metro extension.

As works continue across Sandwell and Dudley, there will be a number of waterway and towpath closures through the autumn and winter as structural assessments and bridge replacements take place on three major structures along the light rail route. 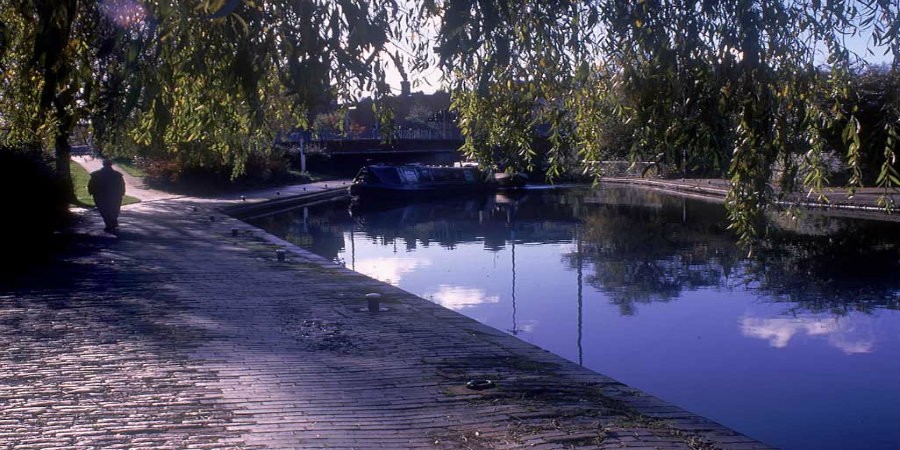 Firstly, from early November until early December 2020, the waterway and towpath immediately in the vicinity of Walsall Canal Bridge will close. If you’re living or travelling through the area you may notice construction machinery from the middle of October as preparations begin.

Following this, from early December 2020 to early February 2021, the waterway and towpath immediately in the vicinity of Tame Valley Canal Bridge will close with machinery expected to be visible from mid-November.

Finally, from early February until mid-March 2021, the waterway and towpath immediately in the vicinity of Birmingham Canal Bridge will close, after which the work in this area is expected to be completed. Those in the area may notice construction activity from mid-January 2021.

The Wednesbury to Brierley Hill Metro extension will boost public transport in the Black Country.  It will provide much-needed links to the existing heavy and light rail networks which, in turn, will help those who boat through the region, and may not have a car.

We apologise for any inconvenience that these works may cause to boaters travelling through Sandwell. You can find out more about these works, including regular updates, by visiting www.metroalliance.co.uk.

As someone who’s out on, or by, the water more often than most, you’ll know that there are times when we need to fix things that unexpectedly break. So, below, you’ll find a list of anything that’s happening that may affect you if you’re planning on a cruise this weekend:

When any restrictions to navigation happen, we get them up on to our website as soon as we can – always best to have a scan before you set off for a cruise. The tech savvy among you may already know that you can set up your smartphone to notify you if a notice is issued for a canal or river that you’re interested in. For those that didn’t know, check out this guide to setting it up.

We’ve also improved the stoppages mapping and resolved an issue where the historic notices appeared on the canal maps.  However, the best way to check for stoppages that might affect your cruising plans is via our stoppage notices webpage. 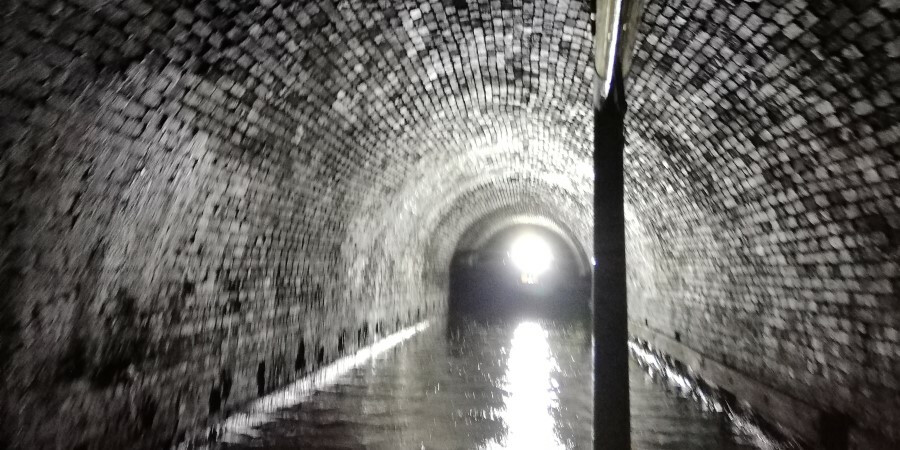 A week or so ago a boater sent in a photo of a boat, right, that was following them through a tunnel. The tunnel in question was Harecastle and the boater expressed his relief that it wasn’t coming in the other direction in a wider tunnel such as Braunston.

As you can see by the upper right photo, it would have been hard to safely pass that boat without being completely dazzled by the light. The photo on the lower right shows a tunnel light that does exactly 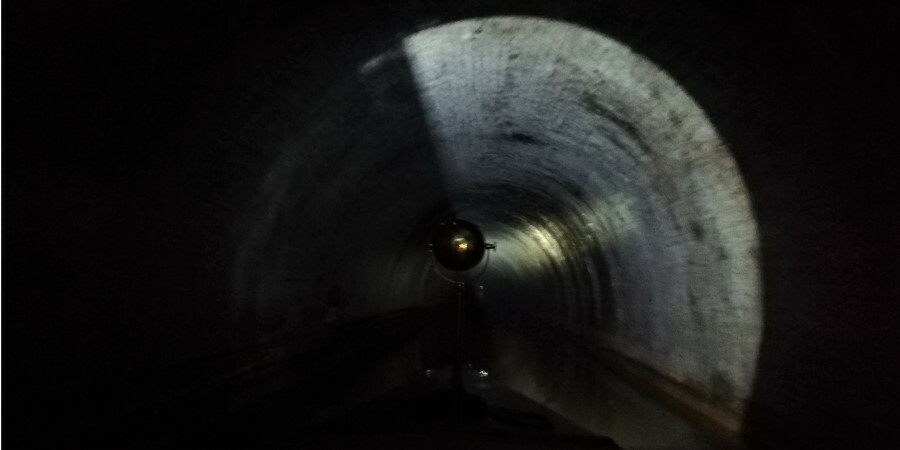 the same job as the bright light, enabling the steerer to safely navigate through the tunnel, but with less light and one that is angled up which greatly reduces the glare for oncoming boats.

Aside from lighting, there are other considerations when navigating through a tunnel. It can be damp in there, so put on your waterproofs and have a waterproof torch to hand.

As you go in, sound one long blast on your horn. Now steer by looking at one side of the tunnel only and keep to a moderate speed. Move the tiller or wheel as little as possible – it’s a common illusion to feel the boat’s being pulled to the side. Watch out for the changing profile, though – tunnels are rarely straight.

Keep at least two minutes (at normal cruising speed) or about 500ft (160m) away from any boat in front of you. If it’s two-way traffic, keep a look-out for oncoming boats and pass slowly on the right.

Canoes and other small unpowered boats

We don’t allow passage through other tunnels unless it’s part of a managed event which we have given permission for.

Roundup of your thoughts on cruising speed 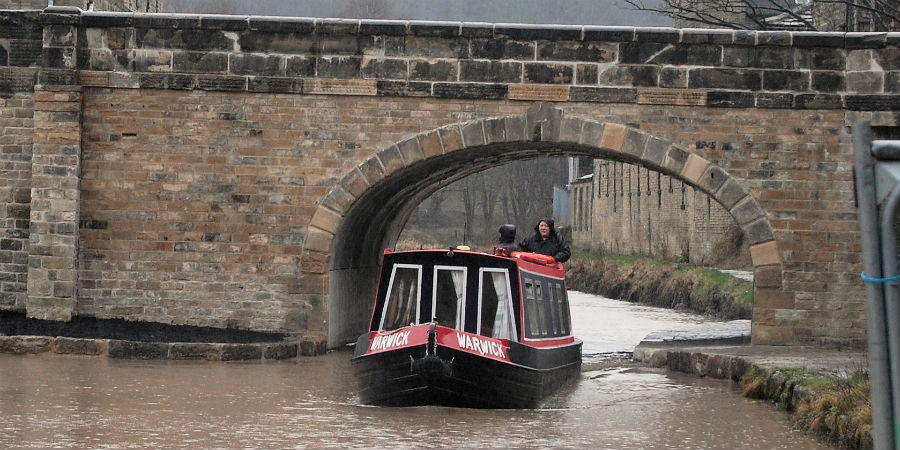 s rather coincidental that in the same edition that we talk about our new campaign, ‘Stay kind, slow down’, aimed at cyclists, that we also feature a final roundup of your thoughts on cruising speed. If we could only use four words to describe it, those would be perfect!

Thanks to those of you who’ve continued to send in your thoughts on cruising speed. Here’s what you’ve been saying since the last article was published. If you don’t have time to read the entire five pages, I’ve picked out some comments below which reflect the main themes:

‘I have no problem at all in slowing down to tick over when passing individual boats and fishermen. That is a courtesy I would expect to receive from fellow boaters… Though is it too much to ask the owners of boats moored in line to moor their boats sufficiently securely to allow the rest of us to enjoy and plan our trips by passing at 2mph or a little more?’

‘I find folks go past way too fast’

‘Kicking back to tick over at the last possible moment seems to be popular too, so revs are low, but speed is unaffected.’

‘I was wondering if 'counting' may be the answer. There was a road campaign to get drivers to keep their distance by choosing a fixed point on the side of the road. Once the car in front had passed, we should say to ourselves "Only a fool breaks the 3 second rule". That takes 3 seconds, by which time we should not have passed the same fixed point. On a boat, rather than saying "pass on tickover" which is a good start. We should count how many seconds it takes to pass a fixed point. If the number x 4 is less than the length of your boat (in feet), you are going too fast.’

‘I believe that a definitive set of rules would work for all boaters. Tick over from two boat lengths before and after moored boats.’

‘Think of others – think about our impact on others – slow down – enjoy the friendly wave from the kitchen window of the moored boat or raised glass from the towpath as you drift past!’

We know from the correspondence we’ve received over the last month or so that the summary of the key points below doesn’t reflect 100% of the feedback we’ve had but they do, generally speaking, represent what most correspondents thought and fit handily into three messages:

And as one boater suggests, imagine you’re on that moored boat hovering over a hot chip pan – how slow would you want the other boat to pass you?

Many boaters go the extra mile in helping to keep canals and rivers in good condition by volunteering (when coronavirus permits),  donating, or just picking up the odd piece of discarded litter. In whatever form your volunteering takes place we’d like to take the opportunity to say thank you. Your support helps make life better by water.