It's meant to be a cold week ahead so, before donning your many layers, do please pre-warm by the fire with a nice cuppa and, while you do, have a read through this edition. You’ll find out about boating in France, the history of the Pocklington Canal (as it celebrates its 200th birthday), the latest news, events, stoppages and much more besides!

Firstly, I need to start with an apology. In the last edition I talked about how snow was gently falling as I typed. I also referred to the coming lazy warm days of spring thinking that the weather would improve by the time you read this edition.

It seems I tempted fate. The next week is meant to be positively (negatively?) artic with a Sudden Stratospheric Warming threatening to result in the coldest start to spring in five years.

You’re a hardy bunch though. I’ve walked down many a frost-crusted towpath and still received a cheery wave from passing boaters. Must be something to do with the feel-good factor, regardless of weather, that you get from being on the water.

Before donning your many layers do please pre-warm by the fire with a nice cuppa and, while you do, have a read through this edition. You’ll find out about boating in France, the history of the Pocklington Canal (as it celebrates its 200th birthday), the latest news, events, stoppages and much more besides!

Over the last couple of weeks you may have heard, or seen, that:

Below I’ve picked out some highlights to see and do over the next fortnight. Of course, there are plenty of other activities and volunteering opportunities around the network: visit the events section of the website to find the perfect one for you. Or you may just want to escape out on your boat, in which case these cruising ring guides might be handy!

History of the Pocklington Canal

At the start of the year I asked what you’d like to read about. Some said they’d like to read more about the history of the waterways so we’re starting with the Pocklington as it celebrates its 200th birthday this year. 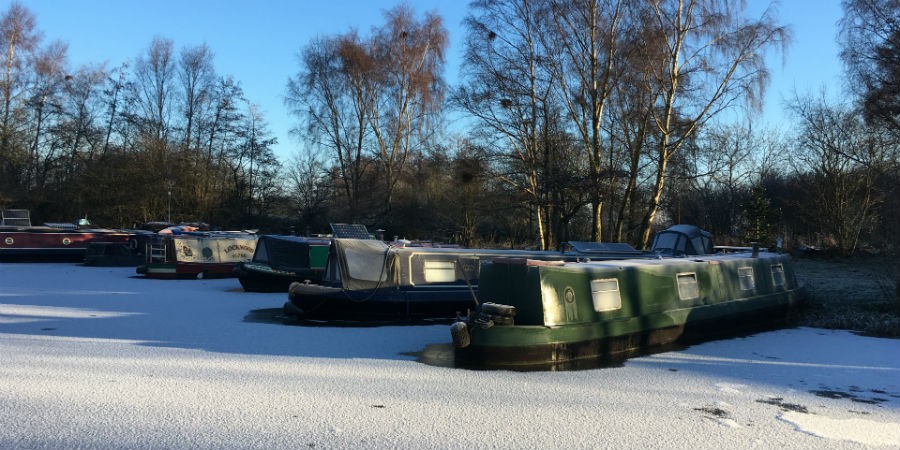 Despite proposals half a century before, the canal was a late addition to the waterways network, over 50 years after the Bridgewater Canal opened. Work started in 1815 and was completed three years later in 1818. Coming in at a cost of £32,695 (around £1.4million in today’s money), it would have been significantly more if the canal had continued in to Pocklington.

The canal was mainly used to carry coal and agricultural produce and, even though the Industrial Revolution was still in full swing, it was never a great financial success. This was partly because goods had to be transferred to horse-drawn carts at the terminus of the canal, adjacent to the Hull-York turnpike road, to continue their journey.

As happened with other navigations, the canal was sold to the regional railway operator – in this case the York and North Midland Railway in 1848. Like other canals in railway ownership, it deteriorated through lack of dredging and other maintenance. Subsequently, in the hands of the North Eastern Railway, the canal gradually fell into disuse in the early 20th century and the last commercial craft to use the canal was the keel Ebenezer in 1932. 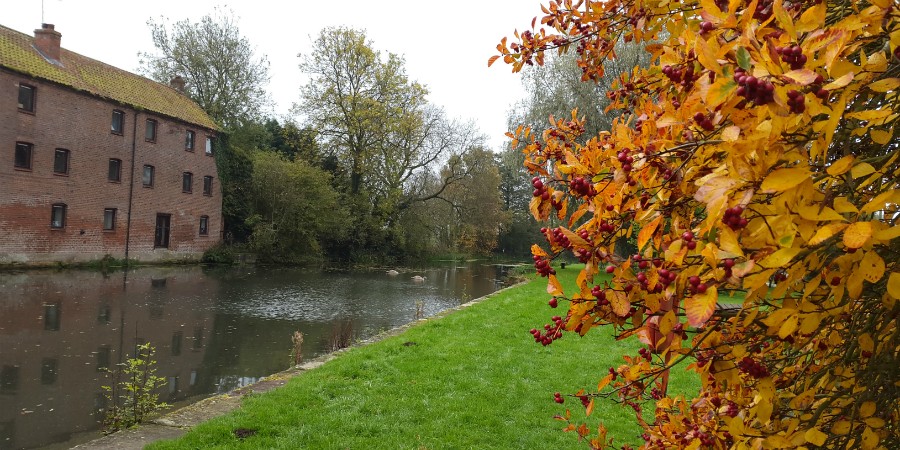 If ever a sign was needed that railway companies held canals in low regard, this one purchased a lorry for the owner of Ebenezer to avoid its maintenance obligations! Pleasure craft stopped using the canal soon after due to the deterioration of the lock gates.

While the last paragraph paints a bleak picture, it may come as a surprise that the canal was never formally abandoned – with nationalisation of the railways in 1948, ownership passed to British Transport Commission. Then, in 1963 to the British Waterways Board, subsequently renamed as British Waterways.

In the interim a proposal in 1959 to infill the canal with "inoffensive sludge" (editor’s note – when has sludge not been offensive?) from a water treatment plant angered many people, including landowners, local residents, and members of the Inland Waterways Association. With support from the Inland Waterway Protection Society, MPs were lobbied, extensive publicity was gained in the press, and even the House of Commons learned of the Pocklington Canal and its plight. The canal was saved.

These unhappy events encouraged waterways enthusiasts to explore the possibility of restoring the canal and, in 1969, the Pocklington Canal Amenity Society (PCAS) was formed. Volunteers soon began their work with the long-overdue task of clearing obstructions from the towpath, which is now open throughout the length of the canal. 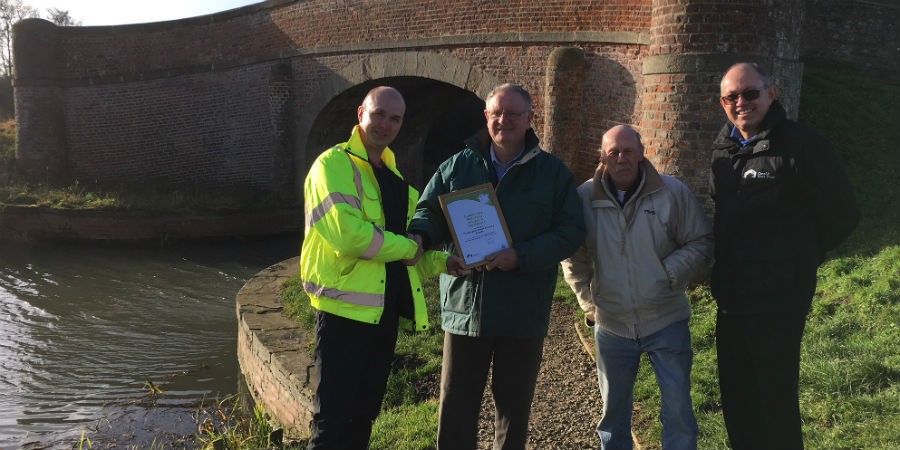 Considerable restoration has been carried out over the years and, thanks to its rural location, the canal has remained essentially as it was built. The upper part of the canal is in water throughout its length and we’re working with the Amenity Society to extend the navigation to Bielby Arm, which will increase the navigable section by about two miles. It also lies within three Sites of Special Scientific Interest, with the lower reaches lying within the Lower Derwent Valley National Nature Reserve. The towpath that runs along the canal is a great place for spotting the brilliant blue flash of a kingfisher or dragonflies darting above the reeds.

Big thanks go to the PCAS for its help with this article – of course the 500 or so words above cover 200 years’ worth of history! For a more detailed read, especially about how the canal was built, please visit the Pocklington History website.

The next historical article will appear in an April edition – do please let me know what subject you’d like to see covered, thanks!

Another topic that you wanted to read more about was boating abroad. Of course, we want every boater to use and enjoy our network of canals and rivers as much as possible but, if you’re considering a jaunt abroad, you might follow in boaters’ Mary and David’s footsteps…

“Our experience spreads over eight years (four to five months each year), mainly in France but also in Germany, Holland and Belgium.  We hired a boat in France first and enjoyed it so much that we decided to sell our narrowboat and buy something more suited to the French canals. We had nothing but hugely enjoyable and varied cruising in our 1920 Dutch tjalk. 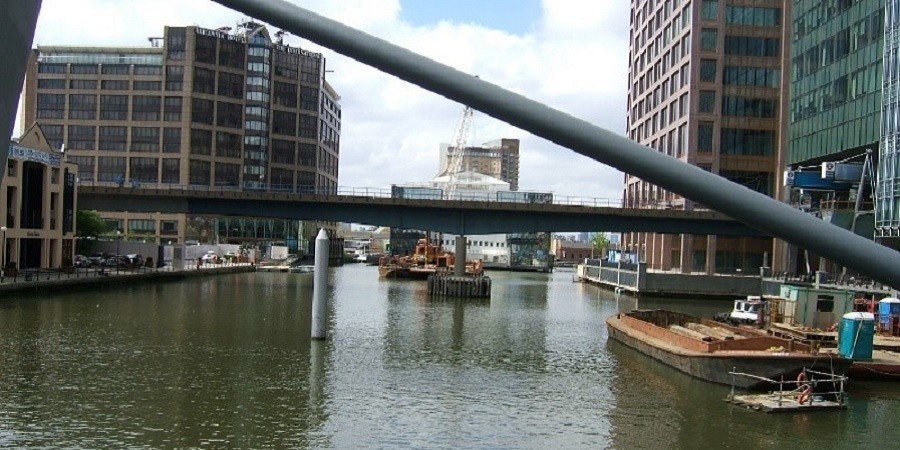 “The boating community is diverse and from all over the world and the boats and people that one meets differ widely in size, style and sophistication. The obvious plus points of boating in Europe are the rurality and the varied scenery, the accessibility to great cities by water, like Paris, Amsterdam and Strasbourg and of course, the weather.

“We always ate where the locals ate, we had many, many, memorable meals and they were never expensive. We also kept a well-stocked freezer on the boat as shops can be some way back from the waterway.

“The locks are either manned or automatic and in general are open from 9am until 12 noon and then from 1pm until 7pm. The French lunch hour is sacrosanct!  When we left France in 2014 the levels of maintenance of the infrastructure by VNF (Voies Navigables de France, equivalent to the Canal & River Trust here) was exemplary and on the very rare occasions when we had a problem with a swing bride for example, VNF was on the scene within 20 minutes.

“Mooring, as in UK, is bankside and free and there are often bollards and rings. In towns and villages there may be pontoons as well for which there may be a small charge but which may also include electricity. It is quite acceptable and common practice to breast up where mooring is limited. On rivers it is possible to moor on lock moorings with the lock keepers permission.

“It is useful (and worth practising!) if the crew can throw a rope as often other boaters and onlookers will take a rope as you moor up. Towpaths are generally surfaced and cyclable or drivable as the lock keepers use them between locks. It makes life easier to have bikes on board as you may find that the villages are set back from the waterway.

On reading Mary and David’s lovely contribution I got to wondering what boating was like in other, non-European, parts of the world. If you’ve done it, and don’t mind sharing your experiences, please do drop me a line.

More ways for you to get involved

Many boaters go the extra mile in helping to keep canals and rivers in good condition by volunteering or donating. As you’re such an integral part of what makes waterways so wonderful I thought you’d like to know about other ways you can get involved:

We’re now into the second half of our £38million winter restoration programme – where we get out our big toys and restore things while you’re less likely to be out on the cut. Of course, there are other times when we need to fix things that unexpectedly break. So below you’ll find a list, by region, of anything that’s happening that may affect you if you’re planning on wrapping up for a winter cruise.

Just click on the one where you’ll be and a webpage will open listing any stoppages for that region (if your region isn’t listed then, yay, there aren’t any navigation closures there!). If you’re not quite sure which region your planned cruise falls in to please take a look at this map.

When any restrictions to navigation happen, we get them up on to our website as soon as we can – always best to have a scan before you set off for a cruise. If you have any questions about a specific closure then you’ll find the email addresses for our regional offices on our contacts page.