Welcome to the third edition of 2016. Here you'll find news of the busiest lock on the network, a boat owners' survey, the Kiln in Newark and much, much more.

Welcome to the third edition of 2016. I had hoped by now that we’d be galloping rather than crawling towards spring. Despite the grey skies and dreary chill we’ve been warmed by boaters’ and the general publics’ generosity in helping piece back together the flood damaged waterways in the north.

At his time of year no introduction would be complete without a nod to Valentine’s. Read the article below about the reopening of the National Waterways Museum at Ellesmere Port to see if it’s where you’ll choose to woo your Valentine. If not, there’re plenty of other ideas in the ‘Last week, this week’ section…

Continuing with the romantic theme, earlier this week we launched Love My Stretch, a new website inviting people to find their favourite stretch on a map and to share their waterway love story.

There’s also the opportunity to sponsor that stretch for a year or gift it to someone. It could be where that special someone popped the question, your favourite place to moor or just relax, boaters and waterway visitors across the country can now spread the love to their favourite stretch of canal or river this Valentine’s Day!

Elsewhere in this edition you’ll find:

And the busiest lock on the network is…

As we have done for the last 15 years, we’ve looked back at last year’s lockages (recorded use of the locks across the wonderful waterways). Our data comes from clever bits of monitoring kit that count each time a lock is used and beam the data back by the wonders of the Vodafone mobile network to our team who then skilfully crunch the numbers and tot up the totals. 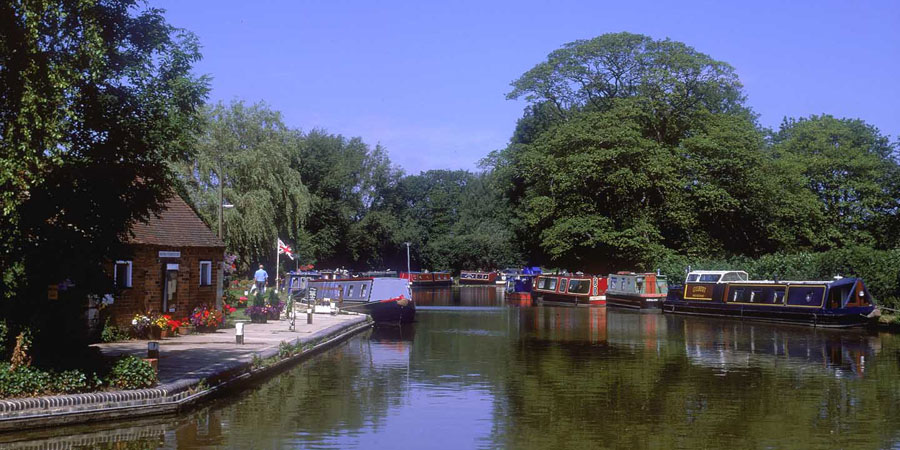 The main conclusion from the latest issue of the report is that overall average recorded lock usage in 2015 decreased marginally, by 0.75% compared with 2014.

The remaining three (London, Manchester & Pennine, West Midlands) effectively showed no change. There are lots of factors at play which will influence how much the network is used – as boaters I’m sure you’ll all think of good reasons that mean some locks see lots of boating, and others are less well travelled.

Gathering all the data together, we estimate that total lock usage across all of our locks for 2015 is a staggering 3.69million – that’s a lot of effort with the windlass and a lot of gates to open and close too!  So, which had the most lockages and can claim to be the most popular on the system?

If you want to find out how busy your local lock was please read the full report, including comparison with 2014 where data was available.

We want your views

Actually we want to hear from a third of boaters. As Mike Grimes, head of boating, mentioned in the last edition we’re conducting a survey of boat owners’ views to help inform our future work. 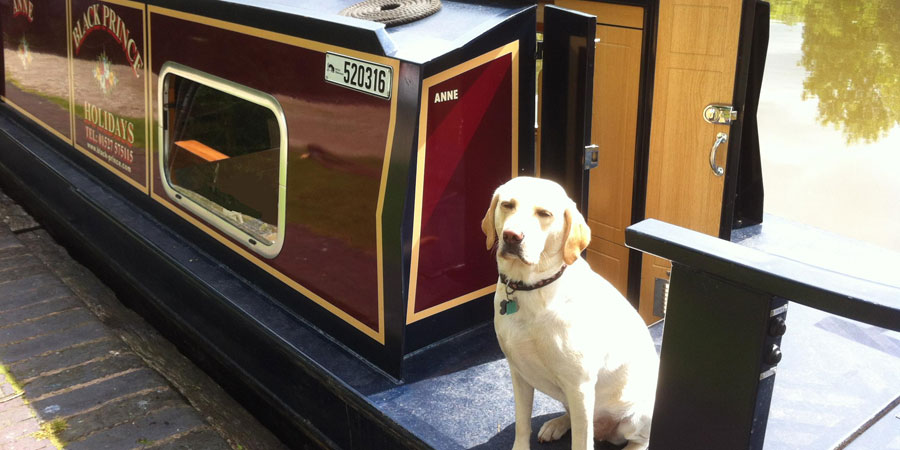 Carried out annually, we’ll be contacting one third of boaters each year so that we’ll have asked all boaters for their views in every three year cycle. It’s quite a wide ranging survey looking for opinions on things such as;

how you use our waterways and what your experience of them is like;
the services provided such as moorings and facilities;
the licence renewal process;
the ways you’d would like to receive information; and
your views on how well you feel we’re caring for the waterways.
Using the feedback we’ll identify local examples of what is working well and what needs to be improved upon, so lessons can be learnt from best practice and improvements can be prioritised.

The online survey is accessed via a link in an email or letter (where we don’t hold email addresses) which will be sent to a third of boat licence holders in the coming week or so.

So, please keep an eye on your inbox (or letterbox) and spam folder over the next few weeks and if you do receive a survey then please do let us know your thoughts.

The National Waterways Museum at Ellesmere Port is reopening for the 2016 season tomorrow (13 Feb) with a weekend packed full of performances, live music and film showings, plus all the usual museum activities. 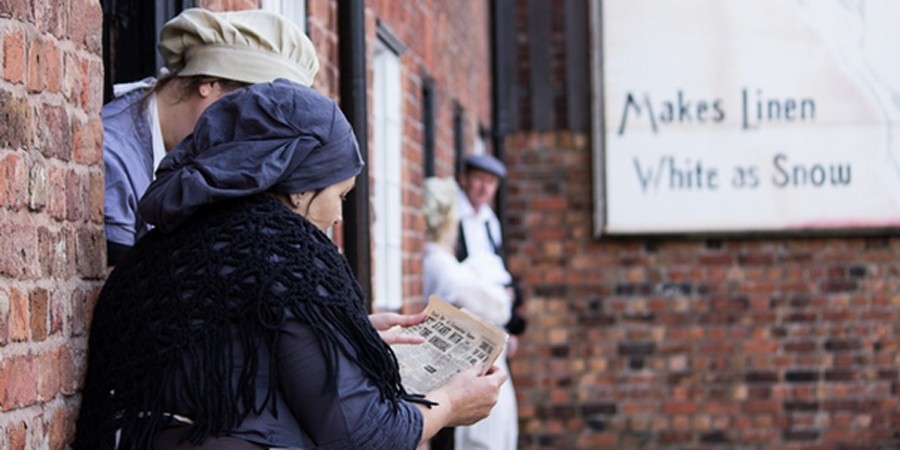 Leverhulme Artist in Residence Francesca Millican-Slater will be debuting her performance created especially for the museum and local production company, Chalice Media, will be bringing history to life across the site by creating an all-encompassing, nineteenth century Living History experience focused at the original cottages in Porters Row.

Inspired by stories of a historic canal walk by Wolverhampton workers to start a new life in Ellesmere Port, Francesca walked 90 miles along the Shropshire Union Canal from Birmingham to the museum.

With thanks to funding by The Leverhulme Trust, Francesca will be re-imagining that walk as she tells stories old and new, tracing the footsteps of the people that built, boated, lived, worked and walked the canal. Performances will take place at 12.00pm and 3.00pm on Saturday 13 February and 2.30pm on Sunday 14 February.  To reserve your free place please telephone 0151 373 4378.

Saturday evening will turn a little shady as the Chalice Media Cast and Crew reveal the darker side of inland waterway history when they recreate the Waterways Tavern on site.

There’ll be traditional music, singing, dancing, real ale and a no-holds-barred evening entertainment from 6.00pm. It’ll feature an all-new take on the gritty and vicious eighteenth-century melodrama ‘Maria Martin and The Murder in the Red Barn’.

Daytime activities on 13 and 14 February are family friendly but the evening entertainment is for over 18s only. If you live locally, in Ellesmere Port, then take along your proof of address for free entry. More details of the weekend can be found on our website.

The second to last article from our regional heritage advisors comes from Graham Mitchell who’s responsible for the East Midlands. In his contribution, Graham sings the praises of The Kiln in Newark.

“When you mention concrete to people, they don’t immediately think of heritage structures – particularly along the waterways. But those local to Newark-on-Trent will be familiar with the heritage structure I have chosen to talk about – the Grade II* listed Kiln Warehouse on Mather Road (built c1875).

“The Victorian era was a boom time for the malting industry, with an increased demand for malt in the later eighteenth century in turn leading to an increase in the size and scale of malt houses. The traditional method of obtaining malt from grain was carried out in these buildings by a process called ‘floor malting’, which saw the grain being steeped and germinated ready for delivery to the brewer.

“Specially designed structures were used for this process: the chief characteristics were a low floor to ceiling height, small window-like ventilation openings on germinating floors, and a taller drying kiln which featured a hipped or conical roof. 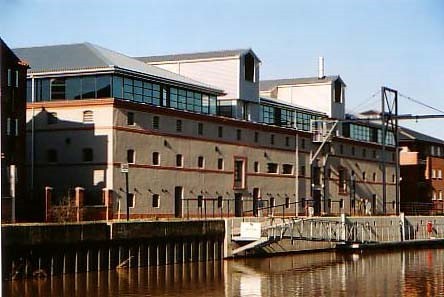 “It was during this boom that The Kiln Warehouse, the first of two Trent side malt houses, was built. The Kiln, as its name is shortened to, was well located as a malt house - not only was Newark well positioned as a malting town (with a ready supply of raw materials available locally), but it was positioned on the banks of the mighty River Trent, which had been improved for navigation in 1782. Newark was a major malting centre of its time.

“The materials used to build the malt houses prior to the construction of The Kiln were mainly brick, although some were made of stone. In time a desire to increase the size of the structures necessitated the use of alternate materials, and therefore concrete and steel started to be used selectively for floor construction.

“The Kiln is believed to be one of the first, if not the first, mass concrete malting with its construction dating to approximately 1875 (we know this as there are invoices for cast iron columns for a structure from the appointed ironmongers, W N Nicholson & Son of Newark in existence – the marvels of recordkeeping!).

“This was certainly aided once again by the building’s proximity to the river, as river gravel was the recommended aggregate for early concrete construction, and there was no shortage of this material available, which also benefitted the navigation through dredging.

“It is believed that The Kiln was originally built for landowner John Henry Manners-Sutton of Kelham Hall (who is recorded as owning the site upon which The Kiln stands in 1864), and its first tenants were Harvey and Earp, malters. Historians suggest that James Hole and Company may have bought or taken on the leasehold of The Kiln at some point in the 1880s. 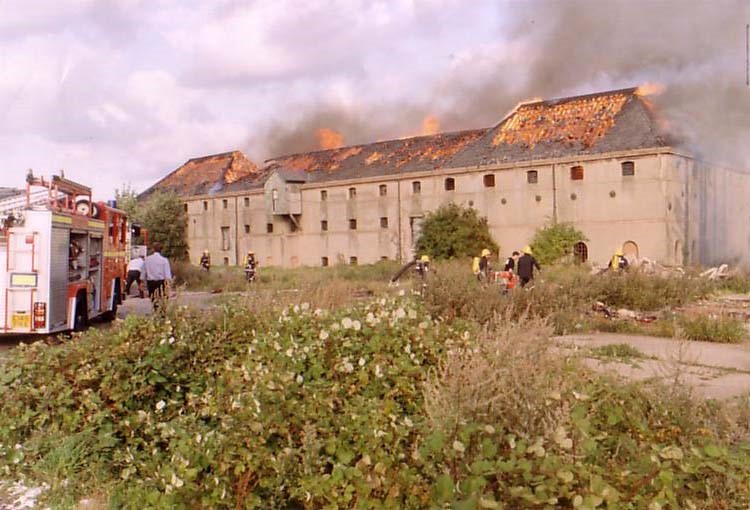 “Sadly The Kiln lost its original hipped roofs in 1992, when it was subject to a fire – at the time it was being used a chocolate warehouse by Peel & Bowler. Restoration followed, and The Kiln became offices in c.1997. Our East Midlands waterway team is one of the current occupiers along with the UK office of the Royal Society of Wildlife Trusts, and the Royal Institute of Chartered Surveyors.

“Those of you familiar with Newark will know that The Kiln, which sits in a conservation area, is an impressive structure on the waterways. So next time you hear someone deriding concrete construction, spare a thought for The Kiln.”

Following on from Graham’s heritage article above, the one featured in the last edition, by London and south east heritage advisor, Florence Salberter, inspired quite a few of you to get in touch with your thoughts.

Without doubling the length of this entire edition it’s impossible to reproduce them all (there is a link at the bottom of this article) but I thought it was worth giving a flavour of a few:

The comments above pretty much reflect the spectrum of views sent in. As ever I appreciate your views and welcome any more you’d like to share.

If this subject interests you then please do take the time to read all of the responses in full – they include at least one inventive form of punishment for those caught ‘mid-spray’.