Welcome to the latest edition. Read on to find out why visiting Crick Boat Show is a must-do for boating enthusiasts, what you want others to do when mooring up and which lock worked the hardest in 2016.

Welcome to the latest edition. Did you know that we’re now closer to the clocks going forward than we are to last Christmas?

With this increasing amount of daylight my thoughts have naturally turned to how I’m going to spend more time on the water and towpath. One such opportunity is the Crick Boat Show and below you’ll find ten good reasons to join me. For a more instant fix you can come and visit the Trust’s staff who are opening up the drained lock at Stoke Bruerne this weekend to offer free behind the scenes tours.

Aside from that we look at the lock statistics from last year and reveal where you boated most in 2016. And, continuing on from the last edition’s article on overtaking moving boats, the discussion moves on to mooring up.

Of course you’ll find the usual upcoming events and stoppages as well but, if there is something else you’d like to see, then do get in touch.

Over the last couple of weeks you may have heard, or seen, that:

And if you’re wondering what you can enjoy on or by a canal in the next couple of weeks then you might be interested in these events:

Of course there are plenty of other activities and volunteering opportunities around the network so please visit the events section of the website to find the perfect one for you.

With a winter chill expected to seep in this weekend I thought it’d be nice to start with an article that hopefully inspires you to dream of warmer days by the water (and to visit us at Crick Boat Show).

Held over the Bank Holiday weekend of 27-29 May at Crick Marina, near Daventry in Northamptonshire, the annual event is organised by Waterways World in partnership with us and Crick Marina.  It’s the UK’s biggest inland waterways festival and you’ll find 300 exhibitors from across the canal world at the show.

It’s not just a huge one-stop-shop for all your boaty needs though – there’s a huge range of things to do and see. The list below shows just ten of the many reasons we hope to see you there:

Crick Boat Show will be open from 10am till 6pm every day except Monday 29 May, when it closes at 5pm. Evening entertainment runs from 7.30pm to 11.30pm.

The last edition’s article on overtaking moving boats was, as expected, not much cause for controversy. I did, however, get a couple of replies suggesting that, while the actual manoeuvre in itself isn’t difficult, it’s just that some won’t allow, or acknowledge, the faster boat to pass. 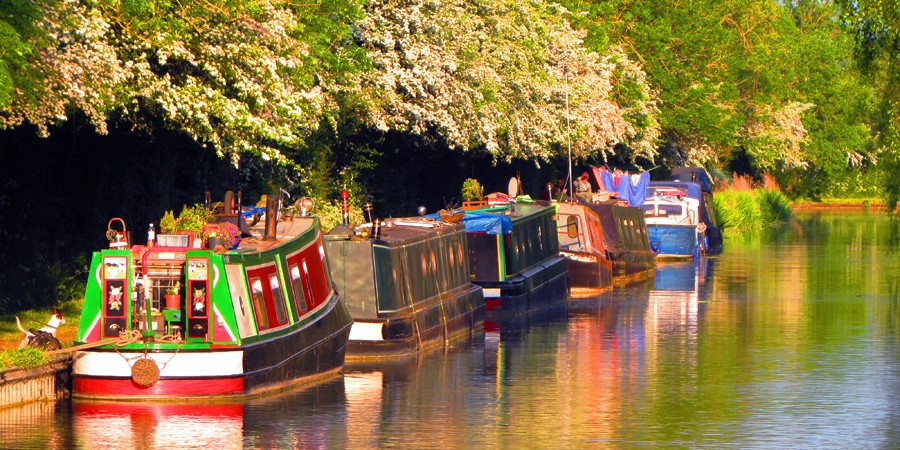 As boaters you’ll know if, and how often, this has happened to you. One correspondent has suggested that there should be a generally accepted method of signalling that you would like to pass without appearing overbearing or aggressive. Does such a signal already exist? If not, what would work? Please do drop me a line with your thoughts.

This edition’s topic is mooring. More specifically, what happens after you’re safely alongside. Quite a few of you have written in asking me to highlight certain aspects and I’ve added some of my own but, if there’s others that you think should be on this list, do let me know.

These are just some of the things that you’ll be considering when mooring or moored. As mentioned above if there are other principles or etiquette you’d like to share with the boating community then please send them in.

You’ll know where you cruised in 2016 (at least I hope you remember!) but did you go through the busiest lock on the network? Every year we publish an annual lockage report as the monitoring of lock operations remains an essential element in our water resources management because it helps us understand the changing patterns in use. 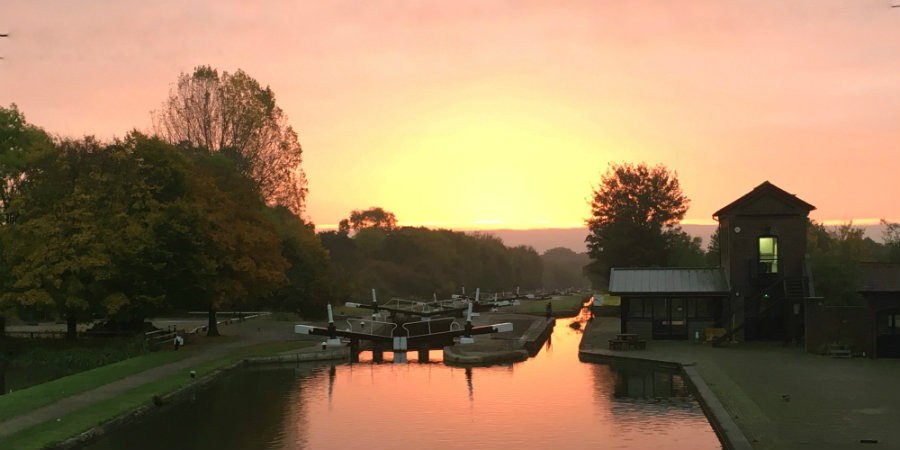 Before getting in to the detail of the report it’s worth noting that, during 2016, we restructured a number of waterway boundaries, with the Central Shires Waterway being incorporated into the adjacent West Midlands, East Midlands and Manchester & Pennine Waterways. As this change took effect within the year, this Annual Lockage Report presents data from the 11 previous Waterways. Next year, the report will present data for the ten current Waterways.

At this point you may be asking ‘what is a lockage?’. Well, it can be defined simply as lock usage through the filling and emptying of a lock chamber which in turn allows the movement of water and passage of boats. It is important to distinguish lockage from boat movements, which are the actual number of boats which travel through a lock.

We’ve separated boat movements from lockage to acknowledge that averages can be skewed by the boat:lockage ratio (in the case of a typical broad lock, the ratio can be between one and four boats per lockful of water used).

For this report, we have based the analysis of each Waterway on those sites with complete records for both 2015 and 2016 (known as the comparison sites). The number of comparison sites included in the 2016 report is 179, an increase of two compared with the previous report. In the Appendix we have included, for information only, sites where the data was of insufficient quality for 2015 and/or 2016, and therefore could not be used for year-to-year comparison.

Nationally the total recorded lockage in 2016 was effectively the same compared with 2015. Increases in lockage numbers were seen in the Kennet & Avon, South Wales & Severn Waterways, East Midlands and North West Waterways.

Perhaps you could have guessed it but the hardest working (or busiest) site recorded was Locks 2&3, Hillmorton, on the ever-popular Oxford Canal. It saw a total of 9,598 lockages in 2016 (there are paired locks at this location), an increase of 5% since 2015.

New Marton Lock on the Llangollen Canal was the next busiest with 9,104 lockages recorded in the year, an increase of 4% since the previous year.

There’s a whole bundle of reasons for the year-to-year variations across different Waterways and individual locks. In terms of weather 2016 was not an average year. Heavy rainfall at the end of 2015 caused significant damage to many northern waterways and their prolonged closure, for repair work, can be clearly seen in the decrease in lockage, particularly on the Rochdale Canal and the Calder & Hebble Navigation, for much of 2016.

Further afield the winter floods did not cause any long term restrictions to navigation and therefore it is considered there was very little overall impact on the 2016 annual lockage for the whole network.

For those of you who want to delve into the detail the full 2016 Annual Lockage Report is now online.

If you want to see how we maintain these vital pieces of heritage why not get along to one of our Open Days – starting with Stoke Bruerne this weekend!

Now that we’re deep into this winter’s major restoration and repair programme the list of works that may affect your cruising is quite long if you actually planned to traverse the whole of the network!

So as your cruising may be confined to a particular region of the network I’ve provided links below to the respective stoppages. Just click on the one where you’ll be and a webpage will open listing the stoppages for that region. If you’re not quite sure which region your planned cruise falls in to please take a look at this map.