Licence Support Advisor Debbi Figueiredo has swopped dreaming about boating for actual boating. On her longest cruise for 15 years she’s on a mission to cruise waterways that she’s not cruised before. Here’s the first instalment of the journey.

After months of planning the final week before departure was hectic. After winding the boat in a mini-cruise to ensure we were pointing in the right direction we discovered that the battery management system had given up the ghost. Cue much frantic de-wiring, re-wiring and installation of a new one as predictably it wasn’t a straight swop.

Supplies were loaded, washing done, tanks filled, tanks emptied, lists checked, and then suddenly we were off, after a fond farewell to the mooring and our neighbours.

The first leg was a small hop to the next railway station up the line as I’m working and cruising for the first week, totally reliant on various forms of public transport to get me to and from the office. It’s worked pretty well, but I had to set diary reminders of my route to make sure I got off at the right destination each time. The final commute was quite a distance, but the shorter legs in the middle of the week made up for it.

Most of the mooring spots so far have been very pleasant, although not always that near public transport. I got soaked walking home one evening when the predicted light showers turned out to be a deluge.

While mooring up in one location we were shocked to discover a wasps’ nest in the bank, a nasty surprise to have a boat full of angry buzzing insects. A quick move and an hour long wait with all the doors and windows open meant only having to shoo the last few stragglers out of the boat. 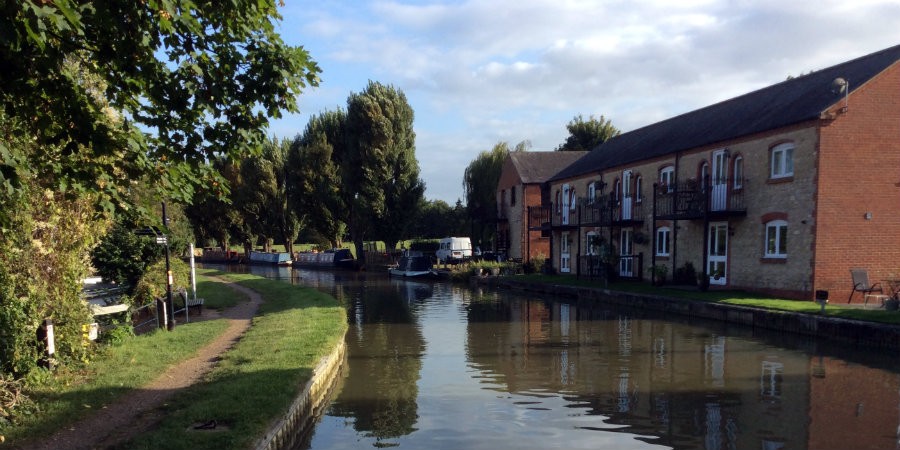 It’s been lovely to have friends and family visit at our various stopping points. Some evenings we’ve cooked dinner on board, other nights we’ve met friends at a canal side pub. We’ve only treated ourselves to one evening meal out so far and were delighted to find ourselves seated next to a couple of boaters we knew. Let’s hope the rest of the journey continues in the same vein!