2020's Angel Canal Festival was unfortunately cancelled due to the coronavirus. We instead, have been running a series of events over the whole of the month of September. Below you can see some of the amazing content we have

We worked with Islington Boat Club and the Angel Community Canalboat Trust to engage community groups with activities on the water. There were floating traders who brought some of the market opportunities that we lost due to the coronavirus.

We ran a series of events with the local community. In the Canal No 5 café, there was an exhibition of pictures about the local area and they hosted our Plastics Challenge litter picking resources along with Friends of Graham Street Park. Our Towpath Taskforce worked in the area to tidy up, follow the link to see how you can join in for future work.

Hannover School adoption replaced their planters and seating. We will be looking for new groups to adopt a local stretch of towpath. Our volunteer guides ran organised walks and there is an audio heritage walk of the canal hosted by the Regent’s Canal Heritage

We have published heritage and arts content on this page as well as pictorial history of the festival, to bring back memories and see how things have changed since 1986, and your own memories page where you can post 'What the canal means to me' using the hashtag #AngelFestivalMemories on our social media page.

In 1924 Harry Parkinson made his original film as part of a series called ‘Wonderful London’. Taking this rare archive as inspiration, Somewhere (artists Nina Pope & Karen Guthrie) lovingly re-created this shot-for-shot remake in 2011, travelling the same route as Parkinson on the boat that was to become the first Floating Cinema.

The film was conceived to introduce the Floating Cinema onto East London’s changing waterways, just prior to the Olympics. At the busy launch the boat was docked at Springfield Park and the film played to a live soundtrack performed by Tim & Matthew Olden. Although the canal infrastructure has remained largely unchanged, the surroundings are often hard to recognise, the simple juxtaposition of the two films forms a unique new record of ‘Wonderful London’ at a time of great change.

You can view this film here.

To find out more about Somwhere's work, visit their website.

A Somewhere Film by Nina Pope with music by Tim & Matthew Olden. Originally commissioned in 2011 by UP Projects for The Floating Cinema

Barging Through London was made in 1924 by Harry B. Parkinson. With thanks to Huntley Film Archives

A Musical play, 83 years in the making, Widgeon weaves a journey through the canal system, a story of social history, with personal narrative, a reflection of past and present. An Under Milk Wood for the Waterways, music written & composed by Rory Mcleod, Written & Directed by John Knowles, produced by MJ Morgan."

The historical working narrowboat Widgeon brings Live Music and Theatre to places along the network of canal and river waterways, staging both local, emerging and known artists, open for private hire as well as established productions.” 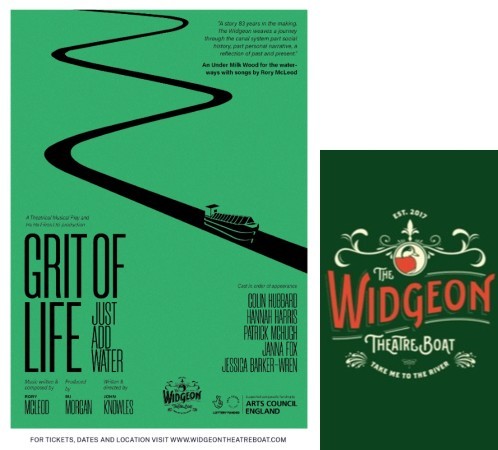 In this short illustrated talk, Giles Eyre describes the evolution of the City Road Basin on the Regent’s Canal in Islington from a major transportation centre, to an industrial site, to dereliction and now an important open space in central North London.

The Angel Canal Festival has for many years been an event looked forward to by the local community and the canal community, a sometimes dazzling display of fun and entertainment, all kinds of food, and local organisations setting out their stall both literally and figuratively. The exhibition will feature interesting pictures from the past of the festival collected by London Canal Museum and worked into an online display. 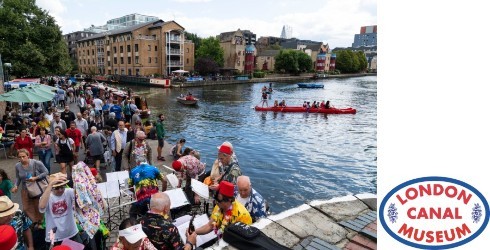 The Young Actor’s Theatre of Islington presents “The Canal Tales”

Old is new and new is old. History is alive and living. The Canal Tales (2020) is a lockdown film project and adaptation of the wonderful play The Islington Tales written by Linda Wilkinson in 2018 for the Islington Regent's Canal Heritage Project. Come see the history of the canals told by the new generation – from the explosion on the Regent’s Canal in 1874 which caused dead fish to hit the streets of London, to Carlo Gatti’s ice pits, to verbatim memories of life on the canals – these stories will transport you, inspire you, amaze you!

All the actors, editors, animators, dancers, musicians and artists are students of all ages from the Young Actors Theatre Islington. Adapted for screen, directed, and produced by Asha Cornelia Cluer with choreography by Alexandra Parry. 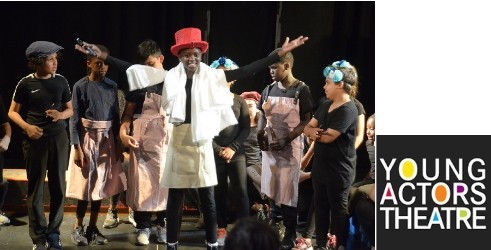 For the full perfomrance please visit their YouTube channel.

Regent's Canal Heritage Audio Walk from Islington to Limehouse. Listen to twelve stories from local people linked to locations along the canal - the timber yard fire by the gasworks, finding treasure in the mud at Cambridge Heath,, working in Haggerston's ice-well and Hoxton's pride.

Regent’s Canal Heritage will hold the East End Canal Festival next July at Mile End, they have produced a film about community use of the canals in East London, and lots more stories in The East End Canal Tales by Carolyn Clark, published by the London Canal Museum.

What if we saw the city through a coot’s eyes? Would we do anything differently? This immersive audio journey along Regent’s Canal explores nature’s place in our lives, and what design can do for wildlife in our cities. Listeners are taken on an atmospheric walk along the canal, guided by young conservationist Kabir Kaul.

Featuring interviews with designers, activists and thinkers, the audio journey questions the purpose of design in an age of breached planetary boundaries, whilst also providing a moment to take a deep breath and reconnect with our surroundings.

You can stream or download the podcast directly from www.thereproject.org or search 'Designing London National Park City' on iTunes or Spotify.

Angel Day started in the 1980s by the late Crystal Hale as a fundraising event for the narrowboat 'Angel'. It used to give inner-city children boat rides and trips into the countryside. In 1986 with the help of event organiser Jim Lagdon, the Angel Canal Festival was born.

Years before, Crystal had spearheaded a successful campaign to save the City Road Basin from being filled in and built on. With the help of family, friends, local people and councillors, Crystal started up two clubs on the City Road Basin; the Angel Community Canal Boat Trust (ACCT) and the Islington Boat Club (IBC). Today, the basin is still home to the two thriving clubs who use it extensively for the benefit of thousands of youngsters every year.

The festival continued to take place every year on the first Sunday in September, and become a much-loved event with stalls, a children's fun-fair, live music, boat trips and a boat rally with free admission for all. In recent years the organising committee was led by Beryl Windsor and Sasha Kier, with the support of many local groups including: St Pancras Cruising Club, London Canal Museum, Friends of Islington Museum, Angel Community Canal Boat Trust, Islington Boat Club, as well as Canal & River Trust. The 2018 event was a milestone in the Festival’s history as the management group (after more than 30 years) handed the organising responsibilities over to us here at the Trust.